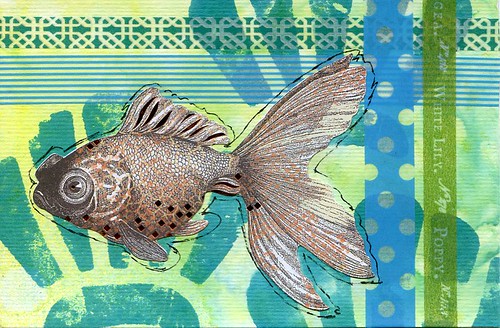 I try to participate in iHanna's International PostCard swaps as postcards are easy to make, and it's so much fun to receive little bits of postcard happiness from all over the world.  This time around, I committed to just using up whatever was on my workspace in front of me and knocked out all ten of them in about an hour.  The backgrounds were already done, left over from another project, so that gave me a good start!  My postcards went to Jackson Heights, New York; Petersburg, Alaska; Austin, Texas; Portland, Oregon; Gurnee, Illinois; Rotorua, New Zealand; Radcliff on Trent, Notts, UK; Marouba, New South Wales, Australia; Helsingborg, Sweden; and Inverness-Shire, Scotland. I liked that funky little fish so much I used him twice! Which one is your favorite? 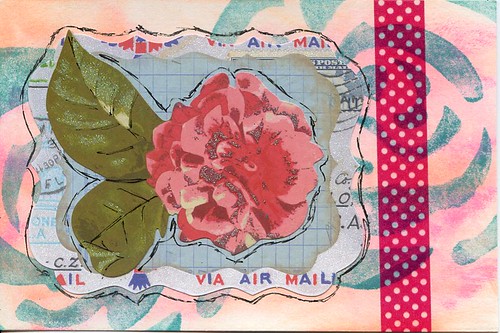 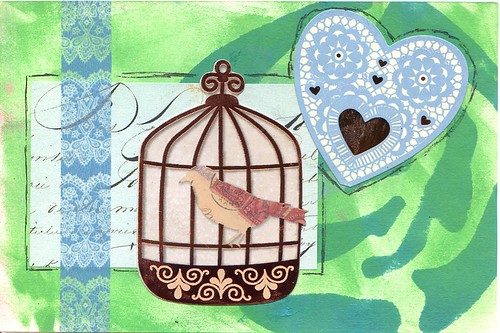 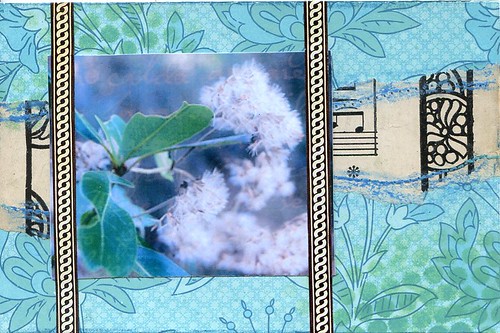 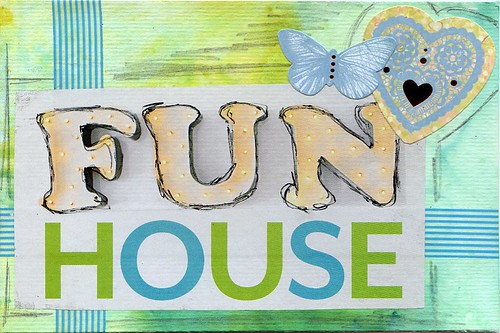 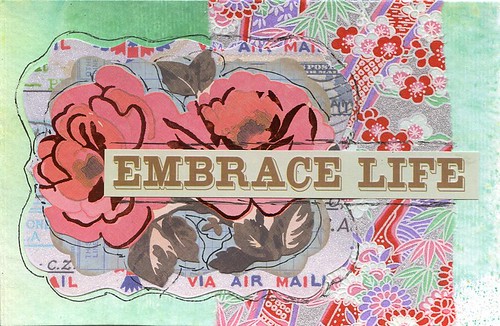 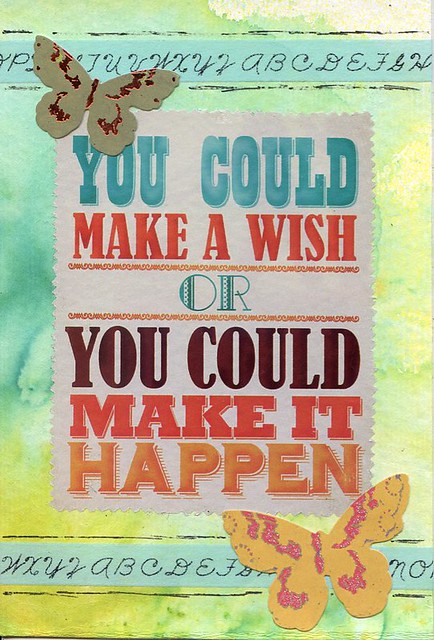 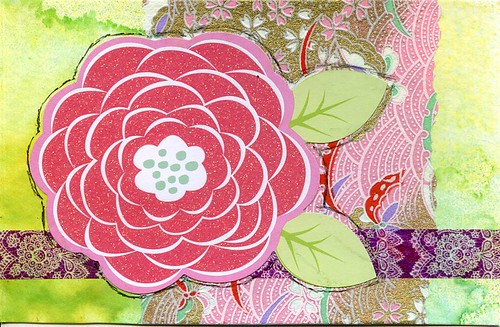 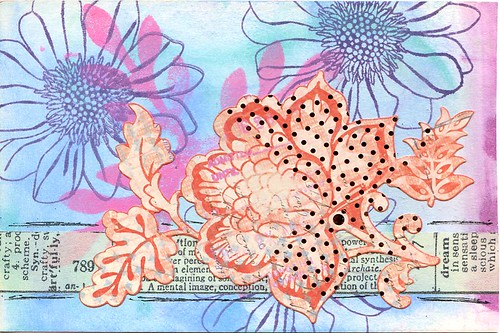 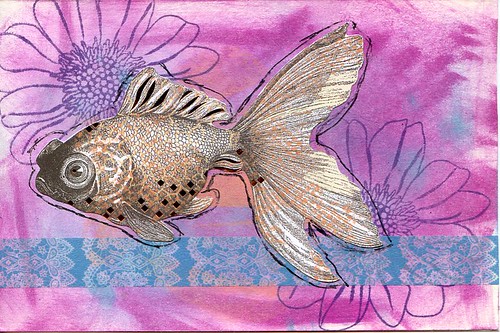 Hi Kelly, thanks for joining the swap again and sharing your postcards with us, they rock! (I added the link to the share your link-post here for you).

I personally love the fish a lot, it's awesome. I love b/w illustrations on colorful backgrounds.

They are all wonderful but I like the blue/green fish best!

They are all great I agree and my favourite is the last fish. how clever to make such gorgeous works from your scraps!