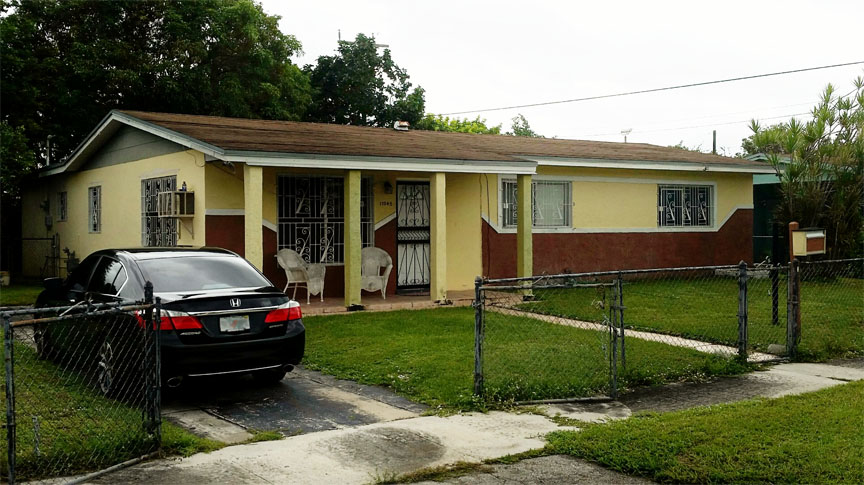 (So it's Tuesday...who's counting? And this isn't exactly a stunning photo, but it does have a story behind it.)   I was born in Miami. The best that I can remember, we lived in four different places in Miami before moving to St. Petersburg when I was in the middle of 5th grade. I can't really say why, but 17045 NW 11th Avenue is the address that's always stuck with me. I even remember my phone number from that house.

I was in Miami this past weekend for a Student Government conference, and curiosity got the best of me.  I wanted to see it. It's so funny how you remember things from your childhood being so much bigger than they actually were. The nearby landmarks that stuck out so clearly in my mind were an arch, kind of like the St. Louis Arch, and in my mind it was that big, and a Levitz furniture store. The arch was still there, right at the intersection of 826 and 12th Avenue, but it was a quarter of the size I remember it being. Levitz was no longer there, but the industrial area there did have a furniture, flooring and building supply vibe to it. When I was a child, the area just to the north of 826 at the south end of our street was a big open field. It was full now, with a hotel and more industrial buildings.

But as soon as I made the turn onto the street, there it was, the second house on the right, right where I remembered it. And there was the Hunter's house across the street, and Timmy Taylor's house next door. I remember there being a big tree to the left of the sidewalk in our yard, but it was not there. Not sure if it ever was.  The house was so much smaller than I remembered it being. The neighborhood itself has held up pretty well as far as old neighborhoods like this go. Throughout the neighborhood, there were bars on all the windows and doors, but at least more than half of the yards and homes looked fairly well kept. The elementary school was still at the end of the street, though I wasn't allowed to go to that school. This was in the early to mid 1970's, so busing was in full force in Miami. Kids in my neighborhood were bused to a school on the other side of town, so my parents put me in a private school nearby, Northwest Christian Academy.  Looking back now, I have no idea how they afforded private school, but I'm glad they did. I have good memories from that school (including being sent home because I wore pants instead of a dress one day ... a rebel from an early age), and I still have my 4th grade NWCA yearbook. 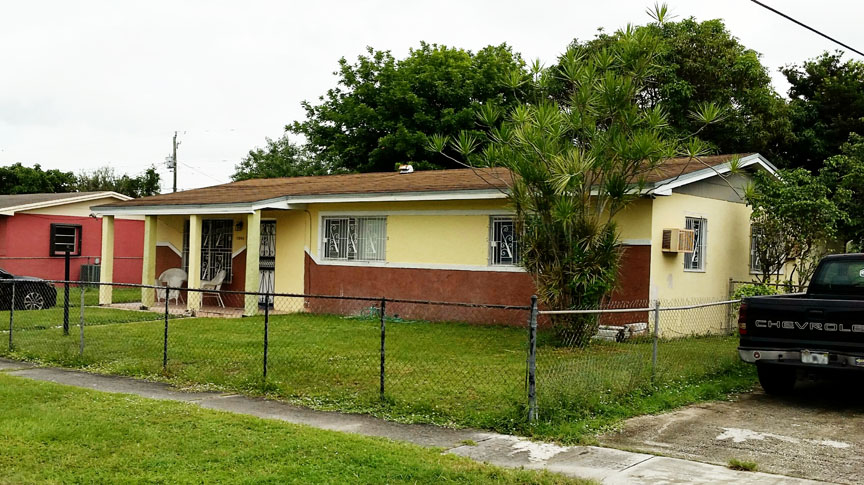 I've often heard it said that most parents dream of their kids doing better than they did. My mom's been gone nearly 16 years now, but she was doing pretty well financially in the years before she died, though obviously, she's a prime case of money not buying happiness. My dad's doing fine and still living in South Florida. My sister Kim and I had the opportunity to go to college right out of high school, something my dad didn't have the opportunity to do. My mother went straight into nursing school, Nana and Granddaddy sending her up to Miami from their home in Key West, where my mom was born and raised. Kim and I are now both fiercely independent.  While we had our parents help for our undergraduate degrees, I put myself through grad school and Kim put herself through a post-bachelor's advanced certification. We both now have happy, healthy families.

Our life experiences certainly make us who we are, whether we choose to take the best lessons from them or not. I took both good and not-so-good memories from 17045 NW 11th Avenue and hope I've made the best of them. As I've said many times before, I believe happiness is a choice and I try to make that positive choice every day.  Moving around so much when I was younger, I've wanted to keep a strong sense of home as I've become an adult and started raising my own family, which is why our move to Tallahassee was so hard on me and probably part of the reason I'm not sure I'll ever be fully grounded here.  "Home" will always be back in Jacksonville, in the home we built and raised our girls in and will go back to for retirement.  But I'm trying. I'm getting involved here. I've found an animal rescue to work with and I've accepted a position as a chapter advisor for my college sorority.  We're slowly growing some roots here on Wild Rose Way, though the deepest roots will always be thriving on Heckscher Drive.