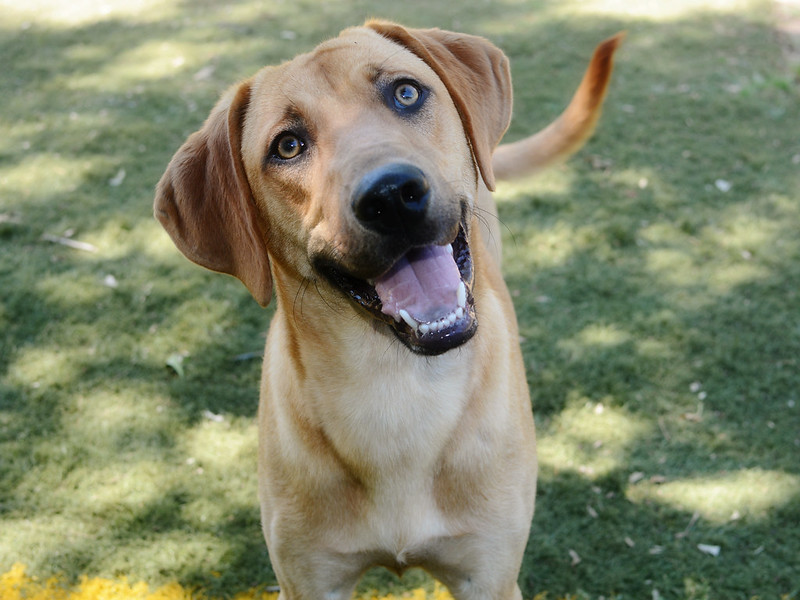 Meet Kori!  This was actually the second time I photographed Kori.  The first time, Kori was entirely too terrified to even come out of his kennel, so I had to take his photo in his kennel.  I sat in his kennel with him for a while that day, and he was perfectly fine .... as long as he was in there.  But outside the kennel ... having to walk by all those other dogs in kennels? ... that was way too scary for him.

The daughter of a friend of mine has become a volunteer at the shelter to help me, and she's been a huge help!  So good to have a helper again!  So Courtney and I decided this past Wednesday was our day to coax Kori outside for a better picture. It took us about 20 minutes to gently, baby step him all the way out to the play yard, but once he got out there?  He discovered how wonderful OUTSIDE is!!!!  He was all over the place, running and hopping and having all sorts of fun. See that happy face?! We played outside for a while, but alas, then it was time to head back down the gauntlet to his kennel.  It took us another 20 minutes to help him get back there, Courtney on her knees in front of him scooting backwards and me on my knees at his side, between him and the kennels, scooting forward with him. Baby step by baby step we finally guided him back into the safety of his kennel.

So, as I've shared here before, don't judge a dog by his kennel presentation!  While some appear super crazy, Kori here just appears super scared, but there again, get him outside, and he's super awesome. As of today, Kori is still available for adoption at the City of Tallahassee Animal Service Center.  Adopt your new best friend at your local animal shelter!
at April 30, 2018