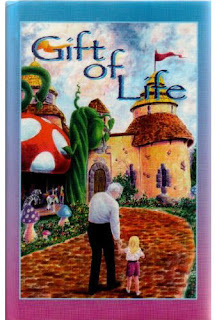 Through my day job, I have the opportunity to meet some truly extraordinary people. Today was one of those days. We had a lecture on campus given by a man named Henri Landwirth, one of the few Holocaust survivors still living today. At 13, Henri and his family were captured by the Nazi's. He was separated from his parents, who were soon killed, and from his twin sister Margot. For five years, Henri was shuffled between five Nazi death and labor camps; from Aushwitz to Matthausen, Gusen I, Gusen II and Ostrowitz. At the end of the war, he and four other prisoners were marched into the woods to be shot, but at the last minute a Nazi soldier decided to spare their lives and told them to run into the woods when the shots were heard.

“It is only a miracle that I am alive today,” says Henri. When the war ended, and amazingly enough after finding his sister, Henri left his native Belgium, working his way over on a freight ship bound for the United States, arriving with just $20 in his pocket. Soon after he settled in New York, he received a letter from the President of the United States. At first, Henri believed the President was welcoming him to America. It was actually a draft notice. Consider the irony. After serving in the United States Army and learning English, Henri used his G.I. benefits to take a course in Hotel Management and landed a position in a New York City hotel, taking the opportunity to learn every job in the hotel industry.

Henri moved to Florida in 1954, and soon managed the 100-room Starlight Motel in Cocoa Beach, near Cape Canaveral. Space exploration was in its early stages and the original Mercury Seven Astronauts made the Starlight Motel their temporary residence. During this time, Henri developed friendships with the Astronauts, as well as the legendary newsman Walter Cronkite, that continue today.

Now retired, and turning 80 next month, Henri had a very successful 50-year career in the hotel industry. His career spanned the wide spectrum of positions from bellboy to management to ownership of many successful Central Florida hotels. For the last 20 years, he has devoted himself to improving the lives of those in need. He's founded several wonderful organizations, including Dignity U Wear and Give Kids the World. Henri wrote the book Gift of Life which details his life and the works of these charitable organizations. The book is available through the Give Kids the World gift shop here.

We had about 150 students in attendance at this lecture and they truly seemed inspired by his story of overcoming obstacles and forgiving the soldiers who kept him captive and killed his parents. He pulled his shoe off during the program and asked a student to read what he had permanently written inside. It said, "Make every step one of forgiveness". The students here have started a student organization which they hope to turn into a national movement based on Henri's inspiration. I'll keep you updated on their progress. For now, I hope Henri's life and message inspire you.