Virginia Tech: An Example of a Cold America?

Normally, I try to keep my words here very positive and uplifting, but today I really want to say something about the sadness that is the Virginia Tech story. I received an email last night from a friend of mine who had written a very engaging commentary on the tradegy and I wanted to share it here. Yasmin Shiraz is a writer and speaker who I had the pleasure of meeting when I brought her to campus to talk with our students about the politics of hip hop culture. Below are her comments: 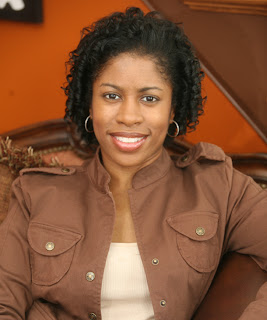 In my line of work, I connect with middle, high school, and college students. Young people who for all intents and purposes have their entire lives ahead of them. And yet, so many of the young people that I come across are so angry-so very angry. When I ask of the source of their anger, many teens have buried the pain for so long, the words literally get caught in their throats. From what I have gathered in my research, however, many young people feel neglected by the very family that is supposed to love, guide and protect them. They are angry for being sent to school with an empty stomach. They are angry for being asked to do homework and no one in the household will try to help their efforts. They are angry at the crowdiness in their homes. They are angry at the drug abuse that goes on in their homes. And yet with all of the anger, hardly ever does a young person feel that they have someone with whom to confide. What happens to a young person who feels angry and doesn't believe that they can release the anger? Do they explode? Was the Va Tech shooter an angry person?

Capitalism. I studied it for years as a college student, I embraced it as an entrepreneur but now as a practitioner who works in the field with young people, I see how the pursuit of profits is diminishing the quality of life for all Americans - regardless of age. What happens in America when a child needs psychological help but the parents don't have insurance? Are his needs met? No. Does the child's suffering stop because the money isn't available to pay for the counseling? No. What happens in America when the anti-gun lobby asks for stricter laws in selling firearms? The pro-gun lobby PAYS more MONEY, the anti-gun lobby is silenced and the laws never get enacted. The gun manufacturers want to be rich, rich, rich. They don't concern themselves with the people who may die, die, die when a firearm easily gets into the hands of the wrong person. What happens to the young person who is angry, needs psychological help and has access to purchase a firearm? Bang! Was the VA Tech shooter in need of psychological help?

America: Land of the Beautiful, home of the COLD. Americans hardly say please or thank you to one another. When they're about to bump into you in a mall, they don't even want to say, "Excuse Me." They stay in their homes like groundhogs afraid of interaction with another human. Americans have become isolated. They hide behind locked doors and pretend electronic interaction is on the level of real human interaction. Americans see other Americans in trouble, but they don't speak up because it's against their slogan of "It's Not My Problem." Americans no longer know their own neighbors. The people who moved across the street from them could be pedophiles, you could see them bringing young boys into their home at all hours of the night and you wouldn't even raise a brow. The most the average American would say is, "Wow. That new neighbor is one heck of a boy scout. He must have lots of activities for his boys." Again, we're committed to the slogan, "It's Not My Problem." The problem with the slogan is: Somebody else's problem will eventually become your problem if it goes unchecked. The alcoholic who hits his wife and no one reported him because no one thought it was their problem. Well, that same alcoholic got behind the wheel and ran over one of the neighborhood kids. It's your problem now. Did the VA Tech shooter have a problem that someone saw but decided against acknowledging, reporting or even attempting to help?

I don't pretend to have the answers, I just know that young people are some of the angriest people I've ever met, the pursuit of the mighty dollar is leaving a lot of people short, and turning our backs on other people's problems is getting us stabbed straight in it. I don't know how many massacres it's gonna take for America and Americans to step up to the plate. As one of my colleagues has said, "Who's gonna take the weight?" Somebody, somebodies, a whole lotta bodies ought to.

Kelly's comments...I was still mentally processing this tradegy when I got this note from Yasmin. Much of what Yasmin says here speaks to the same feelings I have. I work with college students on a daily basis, and I, too, come across many angry students. Though, I don’t think the population I see is angry for the same reasons Yasmin addresses here. Our students here are middle class students on average, and though I’m sure a few have faced some of the issues Yasmin mentions here, I think a greater majority of our student population has not. What I see most in some of the students I come across is an angriness or negative attitude that comes from an air of entitlement. Almost like they feel they are owed something simply because they are living, breathing human beings. In these students, there seems to be an expectation that things will just be handed to them, that they shouldn’t have to work for them like generations before them. I’m fortunate in that the majority of students I’ve had the opportunity to work closely with don’t have that attitude, though there are certainly a few who come to mind that did.

Here’s an example…every year, our department puts together a very elaborate student awards program. Students are nominated by faculty to be recognized for excellence in academics, student leadership, and community service. As part of the program, I attempt to get a photograph of each nominee with the person who nominated him or her. Quite a task this year with 62 nominees! I was taking several pictures yesterday when one of the students I came to photograph said she threw her letter away because she thought it was a scam. This was not said in an apologetic manner. To her, it was a joke. I told her it was definitely not a “scam” but rather quite an honor that a faculty member thought enough of her to nominate her for an award. She continued to laugh it off and said that she receives stuff like that in the mail all the time and just throws it away. When I asked her if she would be attending the program now that she knew it was not a scam, she asked if she would be getting any money if she showed up. And this is someone who is supposed to be an honor student. Entitlement. Thankfully, she was the only student who appeared so ungrateful for her nomination.

But here’s another very simple example that has a far broader reach, and stems from the big event we had today, our annual Spring Fling. I doled out 78 large pizzas piece by piece today, so that’s 624 slices. Free. With free drinks and free entertainment. I kept a mental count of the number of students who I heard say thank you. It was 23. I’m sure I missed a few, but even with that, that’s a very pitiful percentage. Entitlement. When the pizza delivery was running late, I’m sure our campus leadership could hear the complaining all the way down in the administration building. When we ran out, more complaining. Very simple example? Yes. But also a very simple example of the entitlement complex I see in some young people today. As we were cleaning up, we had to walk around picking up all the trash these very same students didn’t have the courtesy to put in the trash can. Entitlement coupled with lack of courtesy and respect. And don’t even get me started on all the trash these very same students leave on the tables and floor in the student center, just steps away from perfectly good garbage cans.

So to follow Yasmin’s theme…did the Virginia Tech shooter feel entitled to do what he did? Given some of the information that has come out about him since, particularly his rant against “rich kids and girls”, it would seem so. Yasmin said that America has become the home of the cold. Due to the nature of my role on campus, I am one of those people that has an open door and an ear for students to confide in, and because of that I’m often told both wonderfully uplifting stories as well as brutally sad stories. But through these conversations I now see a generation that can either further Yasmin’s cold America or fix it. If things keep moving forward as they are, unfortunately, I think they’ll further it. But if they will take a minute away from their ever-important cell phone chatter or text messaging and look beyond themselves for a moment, maybe they'll see that they just may hold the key to fixing it. Does it start at home with good parenting? Sure, that’s most definitely part of it. But it’s not all of it. I’m tired of parents getting blamed for everything. Just as I’ve seen excellent student leaders come from homes with very poor, if any, parenting, I’ve also seen good parents end up with very ungrateful, self-involved children, despite those parents’ best efforts. It’s the children of these latter parents that need to be the first ones to stand up and take responsibility for their own actions…or their own inactions…and stop waiting for someone to give them a handout or come to their rescue. And the rest of us should lead them by example.

I did see a glimmer of hope today. In the midst of our Spring Fling activities, we took a break to share a reflection in honor of the students and faculty lost at Virginia Tech. Following a reading from Ecclesiastes and quotes from various other faiths, staff member Billy Thomas asked that we share a moment of silence to reflect on the tradegy and say our own prayer. At first, as you can imagine, it was difficult to get a crowd of more than 300 students, outdoors, to stand quietly. But soon, all that I could hear was the traffic going by on Roosevelt Blvd. My own prayer not only included that God provide comfort to those families who experienced this tradegy first hand, but also that he lead the students participating in that moment to help do something about it...to work to warm Yasmin's cold America.

Those who will fix the problem will be those who accept their part in it, and work to change it. I’ve worked with some great students over the years…I hope they will be part of the solution…and hopefully have the courage to influence those who are not.

Feel free to post your own thoughts by clicking the comments link below.