Today is My Birthday.... 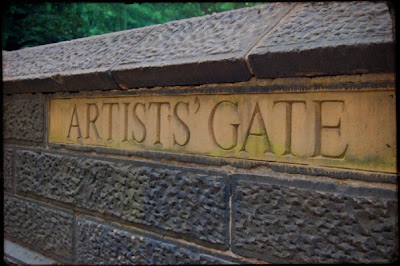 Today is my birthday. I’m 44. While I was driving the girls to school this morning, we were fittingly singing along to Taylor Swift’s “Fifteen” on the radio. When I was 15, my parents were 35, so when my parents were 44, I was 24. With my two six-year-olds, I can’t imagine being the parent of a 24-year-old right now. I’m not a huge Taylor Swift fan, but I do agree the girl’s got talent, and her sweet little song got me thinking about how far I’ve come, who I was at 15, and who I am today.

At 15, I was in the 10th grade at Orange Park High School. A few of my closest friends then are still a few of my closest friends now, and I owe Facebook a thanks for reconnecting with a couple of them. At 15, I was fairly quiet and shy. My circle of friends consisted primarily of fellow band geeks (yes, I was a marching band geek; I was on the flag and rifle twirl team). My parents were both on their second marriages, but even given that, overall I remember being a pretty content kid. In the middle of 10th grade, I became very sick with an infection called Quinsy (upon a later visit to Mount Vernon, I learned that was what George Washington died from!), complicated with tonsillitis. I needed to have my tonsils removed but couldn’t until the infection was cleared up, so I ended up spending about two weeks in the hospital and lost more than 20 pounds. I remember that my room in the old Riverside Hospital faced Memorial Park, and I would sit there at the window for hours drawing the park. I wonder what happened to all those old drawings. Once everything cleared up, my grandfather sent me, 5’10” and 125 pounds following my illness, to modeling classes, and thus began my 10-year modeling stint. My confidence increased and my shyness started to fade away, but I don’t think I totally blossomed and really came into my own until I went away to college, discovering a whole new world of adventure and opportunity. Still, I didn’t know what I wanted to be when I grew up (I started out as an Interior Design major and graduated as a Communications major and now work in Higher Education, go figure).

Today, at 44, I still feel like I’m 24 at times. The old body has more aches and pains than I used to have but I still “feel” very young. And I think maybe now I finally know what I want to be when I grow up. Take my blogging friend e.beck.artist as an example. THAT is what I want to be when I grow up. Elizabeth revels in her children and revels in her art and revels in the fact that she gets to make a life out of the two. No 9-to-5 commitment for her. She left that behind shortly after her own twins were born (see, there’s another reason I love her so much…that and the fact that she says “Rah!” a lot :-). I’ve always loved playing with art, but this little blog of mine has opened me up to a whole new world of creativity and creative friends who inspire me daily.

I took this picture above in New York City this summer. I’ve been to New York nearly a dozen times, but I never noticed this “gate” to Central Park until this year. And it’s not in the least bit hidden! It’s right there on 59th Street at the south end of the park near the Plaza Hotel. I think it must have caught my eye this year for the first time because maybe I finally am, at 44, coming into my own. I may never be a world famous artist, but the more I play with art, the happier I become. For the most part, I have a pretty happy, mellow spirit to begin with, but it seems to be enhanced when I have paint, glue, paper, a camera, gorgeous beads and silver wire, or whatever random art supply I pick up, all around me. So as I enter this next year, I’m going to continue walking through that gate. And play. And dream. And enjoy every precious moment with my family, playing and dreaming with me. Who knows what we’ll find down that path?

Happy Birthday Kelly! Wishing you many, many art-filled days ahead.

happy, happy birthing day beautiful soul... this world is so blessed because you are in it...

have a gorgeous, gorgeous shining day!

what a great post full of life's blessings on you, your friends and your family. A very happy, creative year to you.
cheers!!!

Happy Birthday. What a sweet reflection.

Happy birthday gorgeous!!!!
What a great read..I can just see you drawing from the bed..looking out the window... here's to your art!

Happy birthday, Kelly! Hopefully you wont end up with some bizarre, presidential illness, like you did at 15 - I've seriously never heard of that!!! - and hopefully this will be your best year so far!

Thanks for all the sweet birthday messages, everyone! I am blessed by all of you. :-)

Happy Birthday!! What a delightful and insightful post! I enjoyed it a lot! :))))

I may have to do a similar post now-- you've got me all thoughtful:).

Hope you had a wonderful birthday, and many many more!

Great post and Happy Birthday!
I think as we get older (55) we just learn to slow down and take in the view. There is beauty all around us if we will just appreciate it.

Sorry I'm late - but I hope that you had a very HAPPY BIRTHDAY surrounded by the love of family and friends.

My mom wants an "art" date with you! She says you are VERY YOUNG and Taylor Swift is VERY talented...perhaps you and me and my mom can get back to basics (read: focus on the things that REALLY matter in life) sometime soon :) Happy Belated Birthday!