I have a good friend on campus who is a librarian. Recently, our library was clearing out a bunch of old books, so, knowing I often destroy and recreate old books, she called me to come over and take a peek. What a bounty! So I made the first book out of this bounty for her. 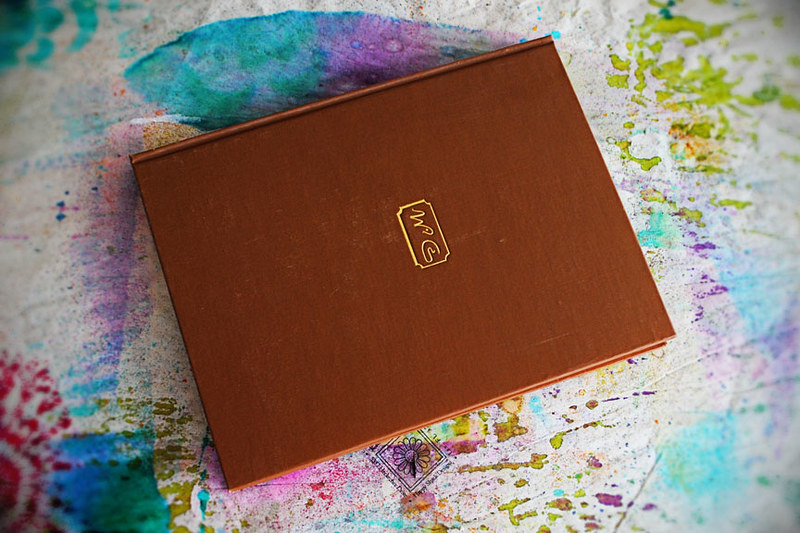 This is what I started with. It's a collection of Shakespeare Surveys, 38 whopping volumes worth, written in 1951. I thumbed through them, and even for an English major, it was pretty boring stuff! Out came the text block. 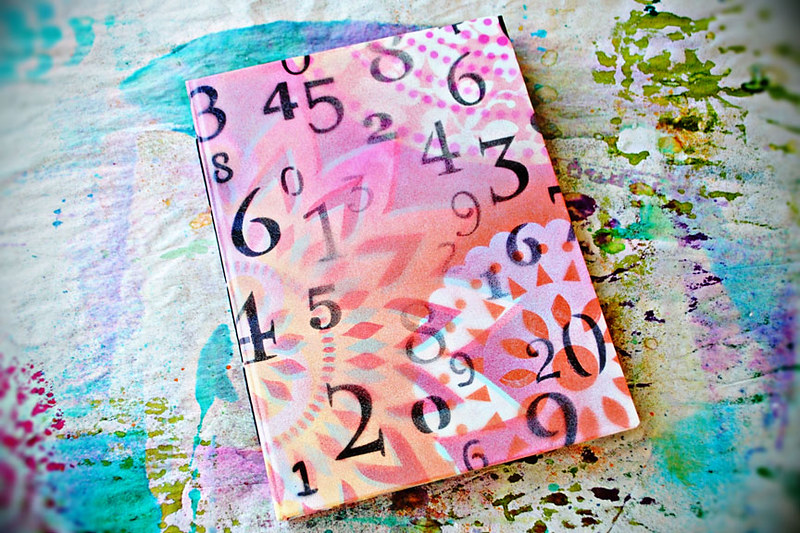 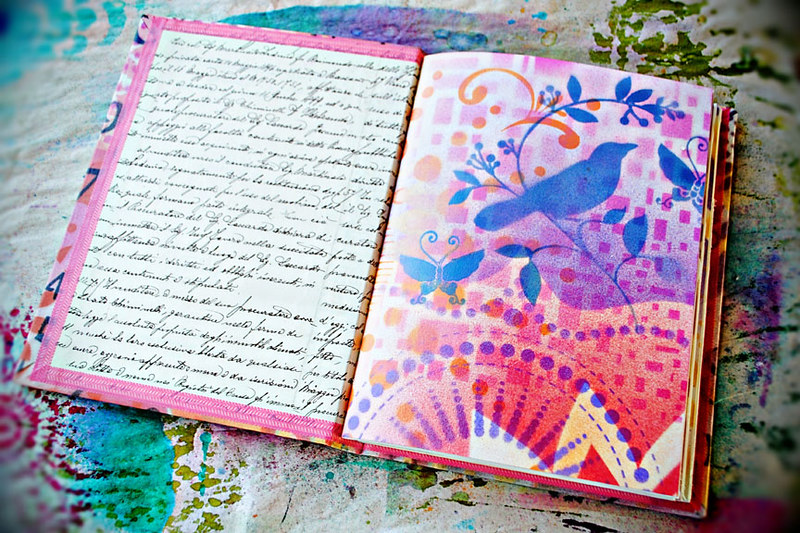 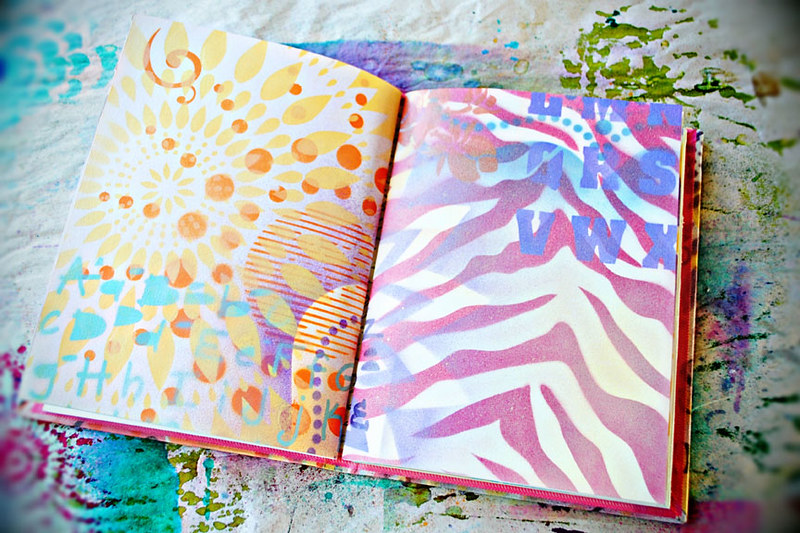 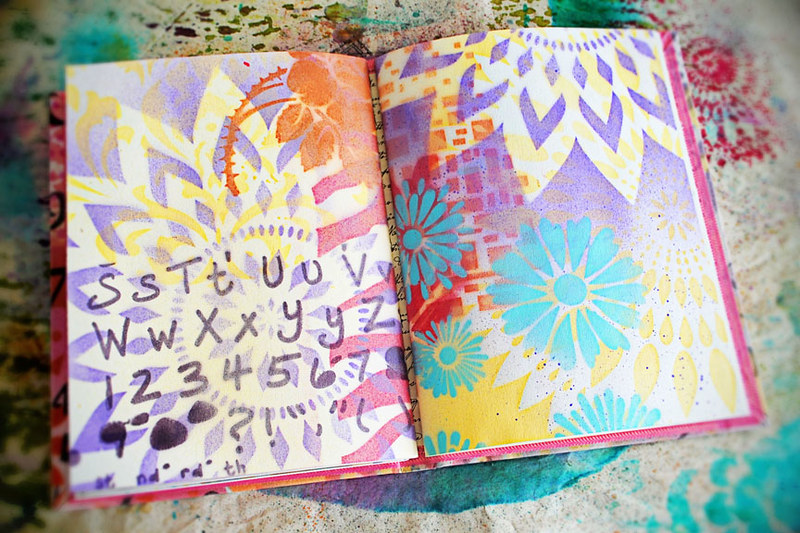 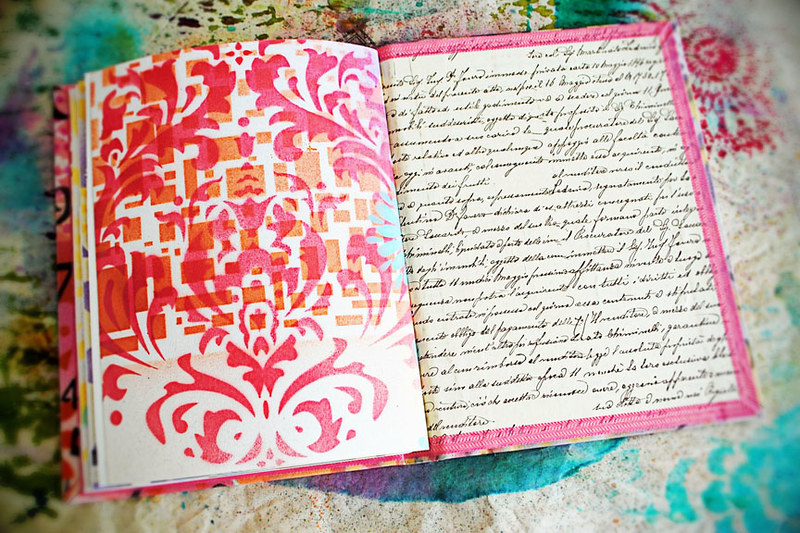 After gluing on the outside cover and folding it over into the inside, I covered the inside covers with old writing paper and added the pink washi tape for a little extra bit of Kelly bling. 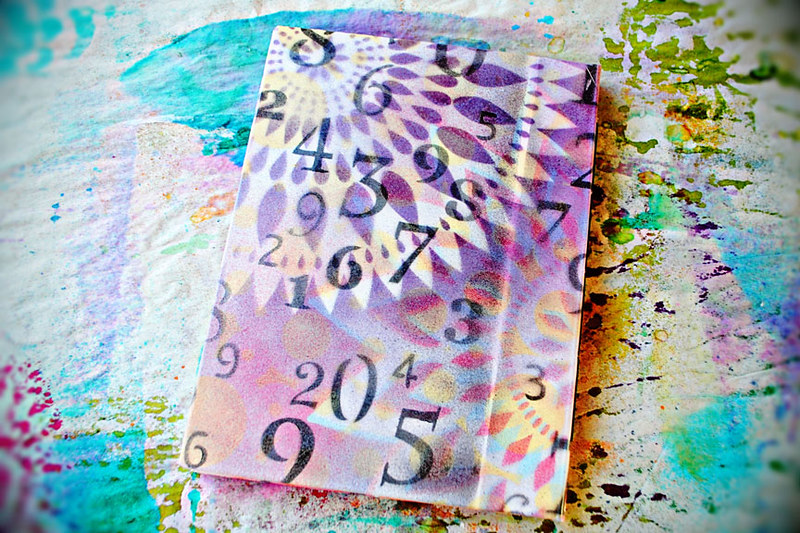 I didn't do this all in one session, mind you. With everything else happening in my little world, this was completed over the span of about three weeks. 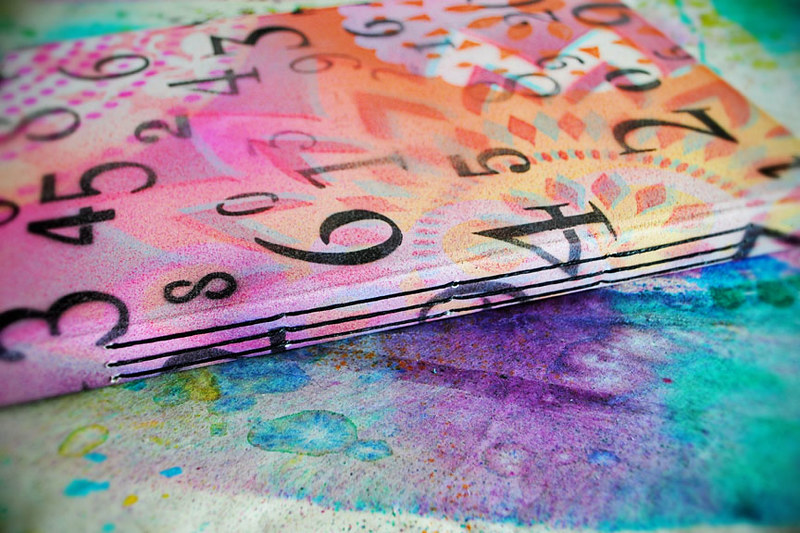 Now that I have the pattern down, 37 more volumes to go! As I work through the rest of the stack, I'll probably vary the stitch pattern up a bit, adding in some long stitch or other variations on long stitch and pamphlet stitch. I definitely have more than enough to keep me busy!
at October 16, 2012

Wow! What an awesome book! I just love the colors and patterns you chose- this will be treasured by your friend!

Amazing! How fun and beautiful! Three weeks! I don't think you have to worry about being bored with all of the volumes you have! {smile}. Love it. Thanks for stopping in on my blog too! It was nice to hear from you ~

this is JAW DROPPING gorgeous!

Oh my gosh Kelly! I absolutely am in LOVE with your books! Ever want to trade, you know how to find me! xo

Oh my goodness. I love Kelly bling. Nice to see what you've been up to. :)

You make me want to pull out my spray paint! I love all the layering you have done and the great colors! Cheery Smiles your way...Laura