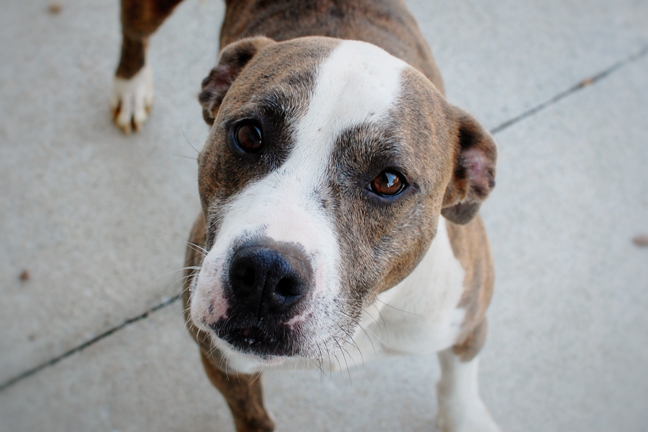 Now that I've made it through my crazy April, I'm back to my weekly photo shoots at the shelter. I enjoy this volunteer work, I really do, and I feel like I'm making a difference. I wanted to share some stats with you.  In April 2012, Animal Care & Protective Services took in 1,462 animals (yes, you read that right: 1,462 in one month, which is not unusual). Approximately 73% of those animals were either adopted, returned to their owners, or taken in by other shelters; approximately 27% died or were euthanized due to illness, aggression or lack of space. In April 2013, ACPS took in 1,220 animals. Approximately 89% were adopted, returned to their owners, or taken in by other shelters, meaning only 11% died or were euthanized. I'd say that's a wonderful improvement!  I have to feel that my photos have been a part of that improvement. I started volunteering there in May 2012.

But I will tell you this. As much as I love spending time with these dogs, it can be heart-breaking work. Take sweet Kay here. I photographed her this past Friday.  Do you see the wisdom and the hope in her eyes?  I haven't looked into her full story yet, but I can tell that she's suffered some abuse. She is such a sweet, sweet girl. And it made me so sad to see her cringe when I went to pet her, afraid maybe that I was going to hit her instead. That broke my heart.  I just sat down on the sidewalk next to her, let her warm up to me, and then just loved on her.

I've learned in my year there that Pit Bulls are incredibly wrongly maligned. They are not the mean, vicious monsters many people make them out to be. If you come across a Pit or Pit mix that's aggressive, it's because a human has made that dog that way; it's not a natural tendency. Sure, they are protective, but no more protective that many other breeds, including shepherds and even small dogs like Dachsunds and Chihuahuas (I grew up with Dachsunds, and they'd take your hand off if you came near me!).  And you try getting near our girls when Molly and Isabelle are around (both Lab mixes).  When dogs are given love, no matter their breed, they give love in return. Take a look at the website called "I Am Not a Monster."   Pits are not monsters ... unfortunately, many people are.
at May 13, 2013