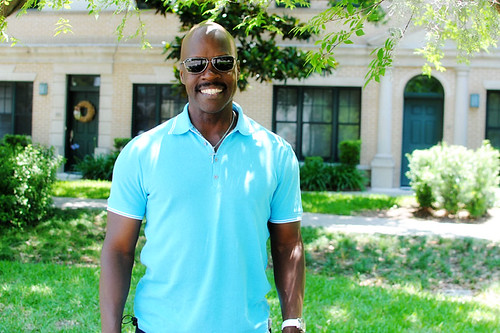 Last week, I had a lunch date with my dear friend Walter. Walter and I have been friends for right about twenty years now, having started in our roles as campus Student Life coordinators at the College within sixth months of each other, Walter at South, me at Kent. He broke my heart when he decided to retire early two years ago. We had a deal! We came in together; we go out together! Now Walter's enjoying life to the fullest, working when he wants to and traveling often.

While Walter was with the College, rarely a day passed that we didn't check in with each other. He truly was my best friend at the College, and the phrase I heard often was, "Dr. Warren, I need to sit on your couch!" And of course there was the "You didn't hear this from me, but..." Oh, how I miss talking with Walter every day. Now that I don't get to see him as often, the girls and I are living vicariously through his travels since he sends us numerous pictures from wherever he happens to be. Most recently it was New York City, one of our favorite places ever! Last summer Walter traveled to Paris and took requests from the girls regarding the things they wanted photos of. Of course, we requested the Eiffel Tower, and he sent us a stunning nighttime picture of the tower, but the girls also had tougher challenges for him, like fountains with animals. But sure enough, "Uncle Walter," as my girls call him, came through. The next day we woke up to nearly a dozen photos of fountains with animals! Some were actual animal fountains, glorious sculptures with sparkling water, and some were animals NEXT to fountains, enjoying the water.

See more Friends and Strangers project posts here.  Happy Memorial Day to you all!  I hope you've had a lovely weekend and have kept the families of our veterans who gave their lives for our country in your thoughts.
at May 26, 2014

Email ThisBlogThis!Share to TwitterShare to FacebookShare to Pinterest
Labels: Behind the Camera, best shot monday, Friends and Strangers

Beautiful tribute and story. We all need a Walter don't we?