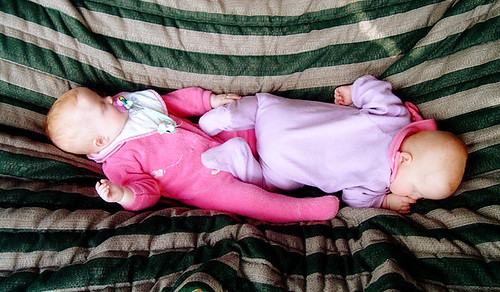 It’s been an emotionally draining several weeks for us around the Happy Shack. See those babies? Those babies’ last day of elementary school is tomorrow. Tomorrow. Last day of elementary school. It’s truly hard to fathom. Two weeks ago over Memorial Day weekend, we moved them into their own rooms. I knew it was coming the closer and closer we got to middle school, but I still wasn’t ready for it. They were more than ready, but I was surprised how strongly it affected me emotionally. It was truly a sign of them separating from each other and growing up.

I know part of the emotional difficulty for me stemmed not only from them no longer sharing a room, meaning no more hearing late night whispers and giggles between the two of them, but also from me losing “my” space, “my” room. I’m feeling very upended, both physically and emotionally. We have a three bedroom house, so the girls’ getting their own rooms meant giving up that room. In many ways that room was my last little refuge of my mother. All the furniture in that room came from Mom’s house; the bed, chair and window seat were covered with her needlepoint pillows; and the walls were covered with her cross-stitch work. I still had several boxes of her things and tons of photos stored in that closet, along with my wedding gown and a special gift she gave me for my wedding. It all had to come out. I was able to let a few things go, but most of it just went to our storage unit as it was. I just wasn’t up to moving my girls into their own rooms and revisiting all those things in depth on the same weekend. We’re adjusting, all of us, and it’s sweet to hear the girls say “Goodnight, twinsie,” as they head to their rooms each night, but man, oh man, that cliché is so true. Where does the time go?

In addition to the girls’ move and graduation from elementary school, Benny’s dad’s health has been increasingly failing. He was in the hospital for a month and was then moved into a rehab facility for three weeks. Last week, the doctors finally agreed there was nothing more they could do for him other than try to keep him as comfortable as possible, so Benny and his brother Joey moved him to hospice care. Thankfully he’s able to stay at home with Joey for in-home hospice, but I know that is incredibly hard on Joey as well. Pops is a tough old goat, so we’re not sure how much time we have left, but please keep Benny and Joey in your prayers. The girls seem to be doing okay with it so far, but I know they’ll probably struggle a bit more as his time comes closer.

So there you have it. Add in incredible job stress full of changes and unknown futures, still missing my sweet old blind girl, and Tink being sick and behaving badly ever since we lost Savannah, and we’re in sore need of a really long, happy, sunshine and roses-filled vacation. Thankfully, we have a week in Boca Grande coming up soon.
at June 05, 2014

You have more than your share of stress Kelly! Sending you hugs and postive thoughts. I admire your strength and your kind and loving heart!

Sending you lots of prayers and love my friend. oxox