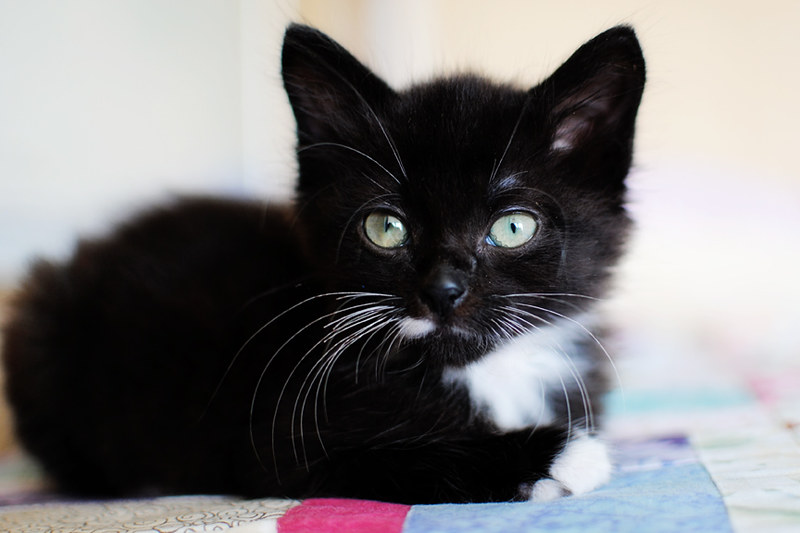 Our fosters babies are coming right along! After we lost tiny Bella and Gracie went to Mega, we picked up a new foster to keep tiny Zoey company, sweet little Panda (below). At last weigh in on July 26, Zoey was 14 ounces and Panda was one pound 14 ounces. I'm sure Panda's gained two ounces and is ready for surgery and adoption by this point, but we'll keep him with us until Zoey is ready to go. She still has a pound to go, so we'll probably have her for another month or so.  Way too long to get attached...  Who am I kidding?  I'm already attached...  After losing her sister, she'll be very hard to give up.

These two love to play together, and they've finally gotten big enough to play with Spartacus Pete. Tink prefers to stay upstairs away from the youngin's. I had a bit of a panic moment the other night when I went downstairs to feed them and put them to bed. Benny had already let the dogs in and put them in their crates but left the kits out for me to feed. When I went down there, Zoey didn't come running like she always does.  I called her and called her, but nothing. I walked around the corner, and there she sat ... in Isabelle's crate, right next to Isabelle like they were the best of friends. Isabelle is a nearly 70 pound chocolate lab mix.  Zoey was tiny enough that she was able to squeeze through the bars of Izzy's crate. Izzy looked from me to Zoey and back again like she was saying, "Um, Mom, um, Mom, um, Mom...you do see that she is in here, right?"  I opened the crate, got Zoey out, and hugged and thanked Isabelle profusely for not eating the kitten.  Since then, Zoey can't get enough of her.  If Izzy is around, Zoey wants to sit next to her.  Isabelle's still not sure what to think about that. 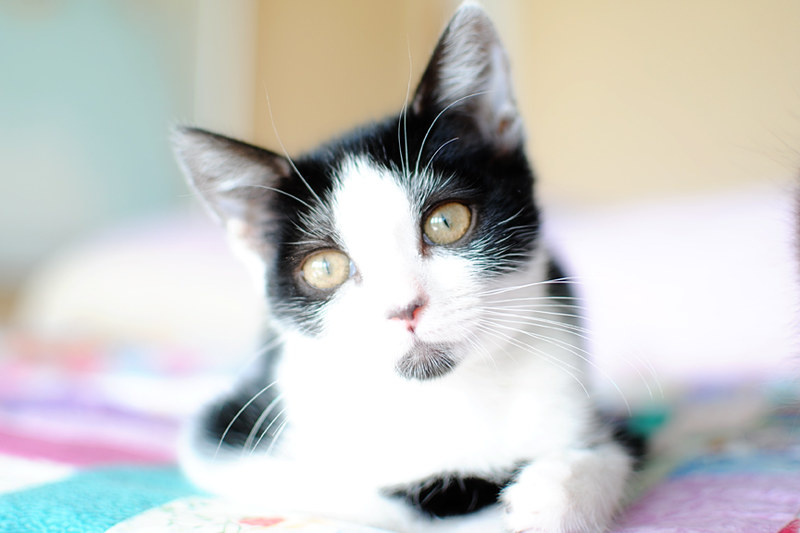 That is a great story about Dog and Cat. We have big yellow Lab who lives with 3 cats and harmoniously . . .So tolerant.
These 2 are adorable. Thank you for giving your time to Foster.