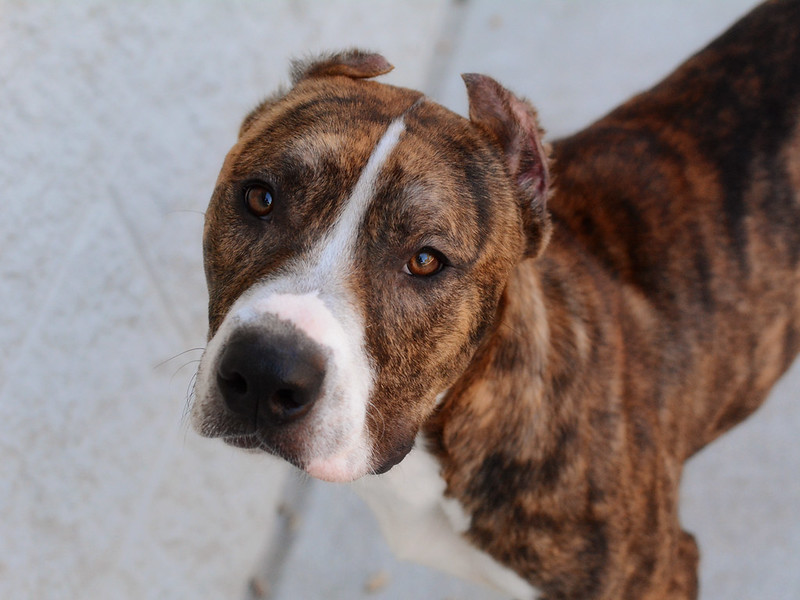 I wanted to focus on something a little different in this week's Best Shot Monday, so please meet Gordon. Gordon is a good example of why you should take a chance on a dog.

Gordon was near the end of the first run when I was doing photos yesterday morning. I started closest to the outside door and worked my way inwards, so every time I walked back up to sanitize my hands, I walked past Gordon until it was his turn. I'm not going to beautify things here. He was a ping-pong ball in his kennel, and since the kennel staff had not made it to his run yet, he had done some fabulous poop-painting art, and it was just getting more fabulous by the moment. So did I hesitate when I got to him? Yep, I did, but not because of the ping-pong action. With five years of photographing shelter dogs under my belt, I've gotten many a ping-pong ball out of his kennel before. I hesitated because of the ping-pong action combined with the artwork, which included all over his feet.

I got him out of his kennel without too much trouble. Once outside, his ping-ponging continued a minute or two while he worked out some energy. I just put my camera away in my bag for a bit and worked on helping him settle down. First, I stood and just kind of bent down, talking to him and petting him a little strongly to get him to settle. And then once he started settling, I squatted down. Well, he put those poop-painting paws right in my lap, but what the heck, I was already pretty dirty by this point. But then the magic happened. That ping-ponging, poop-painting crazy dog with the severely cropped ears just melted. His whole body just went limp in my lap, and he looked at me with those big brown eyes. The poor boy was so starved for love.

We sat there like that for a good 15 minutes, Gordon just a big puddle of love laying across my lap while I tried to give him all the love he'd been missing out on. We talked about his ears, and if he could have talked, I'm sure he would have had something to say about the person who did that to him. But none the less, his sweet face still won my heart. We talked about his kennel presentation and how we really needed to work on that for him. After a while, I was able to take quite a few sweet pictures of him, but these two are my favorite.

I post quite a few of my shelter pics on Instagram and recently someone commented that they were "ALL PIT BULLS! I wonder why?" The emphasis wasn't lost on me. I shared with the commenter that I've learned it's not the breed. Pit bull really isn't even a "breed" but rather an umbrella name for a whole class of dogs. Over these past five years, I've learned how badly maligned these dogs are by the media. People take a story and run with it, yet the stories about other "breeds" of dogs biting don't make the news. I've read article after article, and the numbers just don't support the bad press...the breed specific legislation...the fear.

It just makes me sad. It makes me sad that dogs here like Gordon get overlooked in shelters all over the country because so many people aren't willing to give them a chance to show them what truly loving dogs they can be. The fact is, all dogs bite given the right circumstances. Dogs like Gordon can bite. Your loving Lab or Golden can bite.  The very day I received that comment, my husband told me that the daughter of a friend of his was bitten on the face by the family Golden Retriever.  And that little Chihuahua? She'll bite the heck out of you! It's our jobs as pet owners to train our dogs properly and educate others, especially children, on how to interact with them, no matter the breed.

My prayer is that more and more people will start giving dogs like Gordon a chance. The love of a shelter dog is often unmatched, for they know you've saved them. And the love of a shelter dog like Gordon, severely cropped ears, kennel frustration, and "that mean pit bull look"?  That kind of love will turn you into a puddle. Gordon is available for adoption at Jacksonville's Animal Care and Protective Services, 2020 Forest Street, 10am-6pm, Tuesday-Saturday.

UPDATE:  This post was read nearly 2,000 times in two days. The Friday after it was posted, someone came to the shelter specifically to see Gordon.  Saturday, they came back and took him home.  :-)  Happy Tails, sweet Gordon. 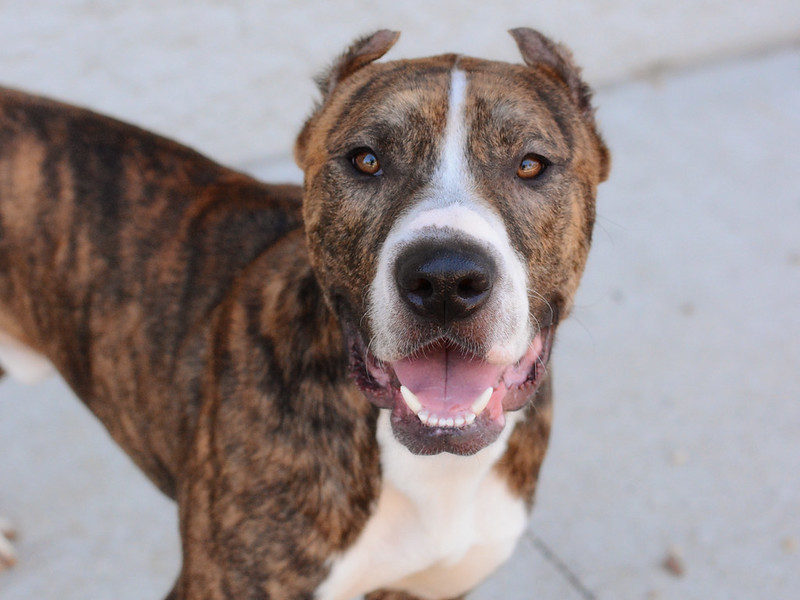 What a lovely storey about Gordon! Hopefully it touches someones heart!...Mom of 2 rescued bullies