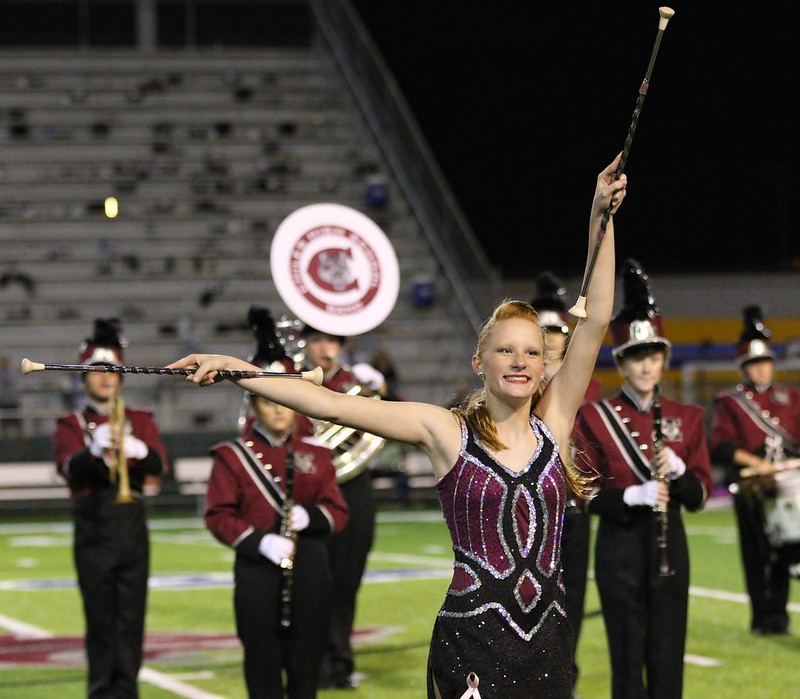 Any high school marching band geeks out there? I was in marching band all four years of high school and loved it. I played clarinet in symphonic band, but I marched on the color guard, alternating between twirling rifles and flags. My girls are upholding the tradition! Olivia picked up a baton about three years ago and discovered she had a natural affinity with it. She's already advanced to her senior competition team in just three years. It's also done wonders for her academic focus as I think now she has something really important worth studying for: twirling! 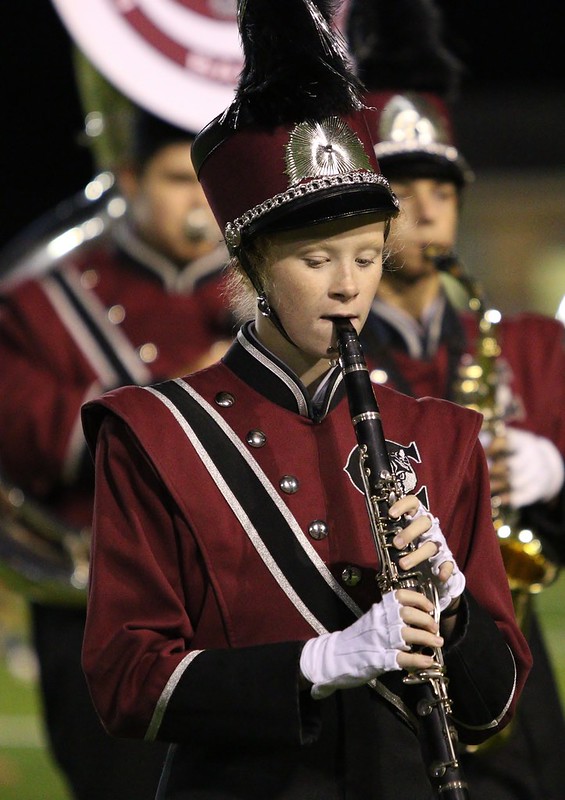 Sarah plays the clarinet both in symphonic band and marching. She started playing in 7th grade, so she's in her fourth year of playing and second year of marching. She's told me that with band, she's really found "her people." And she's happy that I was in band and understand the "band fam" concept and all that it entails!

These photos were taken by Roger Day. He's a photographer in Tallahassee who offers up his photos for free to parents! It's the most wonderful thing! He shoots a game, including halftime, and then uploads his photos to his website for parents to download. Such a generous service. I've caught a couple good shots of the girls from the stands using Bertha (my 18-300mm zoom), but Roger has a pass to be right there on the field to capture shots like these. I'm so grateful! His website is www.freesportsphotos.com. Thanks Roger!
at November 05, 2018