Best Shot Monday: And a crazy story about a car in Minnesota.. 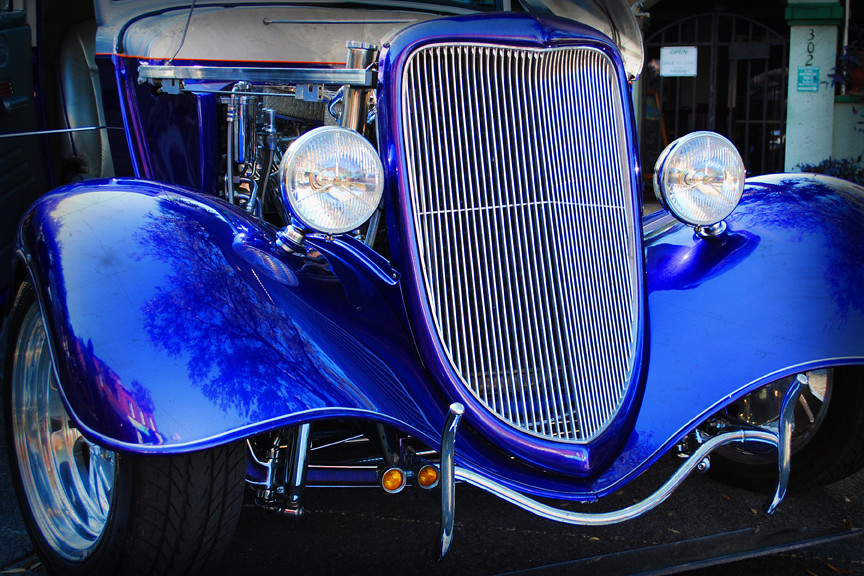 Doing something a little different for Best Shot Monday today! I took this photo nearly eight years ago, but it has a very fun story behind it now! Early last week, A guy reached out to me on Etsy after he came across my photo of a 1934 Ford Roadster in my Etsy photo shop. He said he was searching because he had just recently purchased a '34 Ford himself and wanted a nice picture for his garage. When he found my photo, he really felt like it was a photo of the exact car he purchased. And this guy lives in Minnesota! He heard the car had been rebuilt in Florida, so we chatted back and forth a bit, and I dug through my images to see when and where I captured this shot. I also found all the original unedited images of this shoot and, sure enough, we found enough evidence that the car I photographed back in 2011 at the Amelia Cruisers Classic Car Show in Fernandina Beach, Florida, was now the very same car that was sitting in his garage in Minnesota. This big old world gets smaller every day, doesn't it!?  I hope things are going well in your little piece of the world today. Thanks for stopping in.
at September 16, 2019

Email ThisBlogThis!Share to TwitterShare to FacebookShare to Pinterest
Labels: Behind the Camera, best shot monday