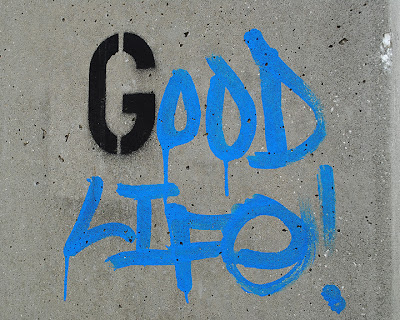 Sunday morning, I sat at the kitchen table and cried. I mean seriously cried. I was home by myself for the weekend—DH and the girls had gone camping—and I was watching CBS’s Sunday Morning. They were sharing a story on the Japan disaster, and the reporter was interviewing an elderly Japanese man. He was talking about how he had not been able to find his daughter and two grandchildren, and halfway through the interview he just broke down sobbing. In between sobs, he said that if they were killed that he hoped they at least all died together. That’s when I lost it. What an incredibly sad statement. It reminded me of this story. Just the thought of children being ripped from their parents' arms rips me to pieces.

I continue to be glued to stories of what the Japanese people are enduring right now, and so many things have struck me. My staff and I talked about this at our Monday morning staff meeting, and I guess what’s struck me the most are the reports that say Americans have not been as giving in this tragedy as we have in others. I’ve wondered why that is. One said maybe it’s because, unlike Haiti, Japan is far from being a third world country and doesn’t need the help that Haiti did, and still does. Certainly our current economic downturn has probably contributed to it. My DH has even wondered aloud if Pearl Harbor is on the minds of some. I’ve been surprised that my students have not risen up to this tragedy as I’ve seen them do for others, like Haiti, or right here at home, to the abduction and murder of a local seven year old. They did finally mention Japan to me yesterday and asked if they could put out a donation jar during Spring Fling.

I guess I don’t care how rich a country is. A tragedy is a tragedy, and this one has torn me up. The daily stories from survivors are heart wrenching, especially when they tell the stories of their loved ones who did not survive or have not even been found. I know that I am blessed and I am reminded of that every day. As I mentioned in this post, if you have the means and opportunity to sit down and read a blog, you, too, are blessed. I drove by the graffiti in this picture for weeks thinking I needed to remember to bring my camera to capture it fully. My Blackberry just wasn’t doing it justice. I’ll be printing this out and hanging it in my office and in my studio as a reminder. I do live the good life. And while those in Japan may have been living the good life up until March 11, they certainly aren’t now and won’t be for quite some time. This country will take many, many months and years to heal from this tragedy, both financially and emotionally. Please continue to keep them in your hearts and in your prayers. And never take your good life for granted.
at March 23, 2011

Beautifully written, Kelly. A tragedy is a tragedy and I've wondered myself why we are not helping more compared to Haiti and Katrina. My heart aches at what has happened to Japan, and I find myself crying daily, even if just a few tears, I can't fathom what they must be endouring.

My father lived in Fukishima eons ago, and with PMC made there, I feel an even more kindred connection to Japan. Even if we donated $5, can you imagine how much that wold help?

Thank you for sharing your heart with us and your kindness today ;)

Thank you for this gentle reminder.

oh my goodness...don.t we live the GOOD LIFE!
i feel so blessed and doubly so lately....to the point of not feeling deserving of all the blessings in my life.
thank you for sharing this.
hugs.
c