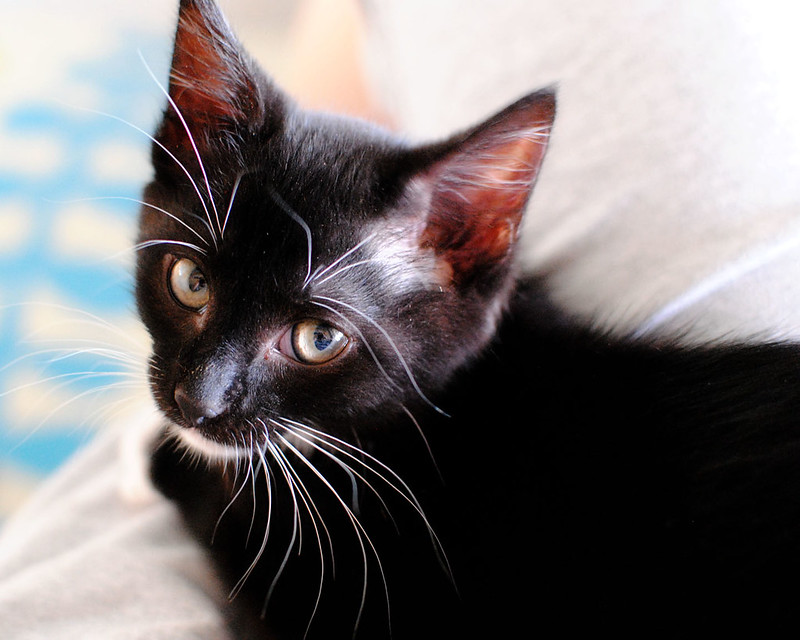 There comes a time in every foster family's experience when failure occurs. Or so we are told. Or so we have now officially experienced. It's not a "bad" failure as you may think; the shelter actually celebrates these types of failures! A "foster failure" is what happens when you end up adopting a cat or dog you've been fostering. And that's exactly what happened here. Pete, above, has officially become a Warren. His full name is Spartacus Pete Warren.

So here's the funny part of the story. We fostered Pete and his brother Repeat, pretty much twins except for their size and one little white chin. It took just two short days for us all to completely fall in love. Now you would think that of two brothers named Pete and Repeat, Repeat would be the smaller one, right? That's how we viewed them. When we took them back to the shelter May 9 for shots and weigh, they were ready for surgery and adoption, so we wished them "Happy Life, sweet kitties" and headed back home. I had to go by the shelter Thursday to drop off some paperwork and saw that Repeat was in adoptions. Pete had been adopted the day after his surgery. When I got home and told Benny and the girls that Repeat was still there but Pete had been adopted, I heard in unison, "No! They were supposed to be adopted together! You have to go back and get Repeat!"

And so we did, Saturday morning. I was really amazed how big Repeat had gotten just in the week since we brought the pair back in. Turns out, the whole time we had them, Repeat was actually Pete, and Pete was actually Repeat. So Pete was adopted by someone else ... and Repeat was adopted by us. But he was Pete to us! Are you confused yet? Anywho, welcome to the family, Spartacus Pete!  It's been about six weeks since I lost my sweet blind girl Savannah, so Tink was just now getting used to being queen of the household before we brought Pete back home.  She'll adjust! :-)
at May 19, 2014

O Happy day for Pete!! Glad you could take another one in.