It’s been two full months since I’ve posted, so I guess it’s time to fully look back at 2015. It was certainly a year filled with dramatic change for us. Change is always challenging, but I think we’ve had our fill for a while. 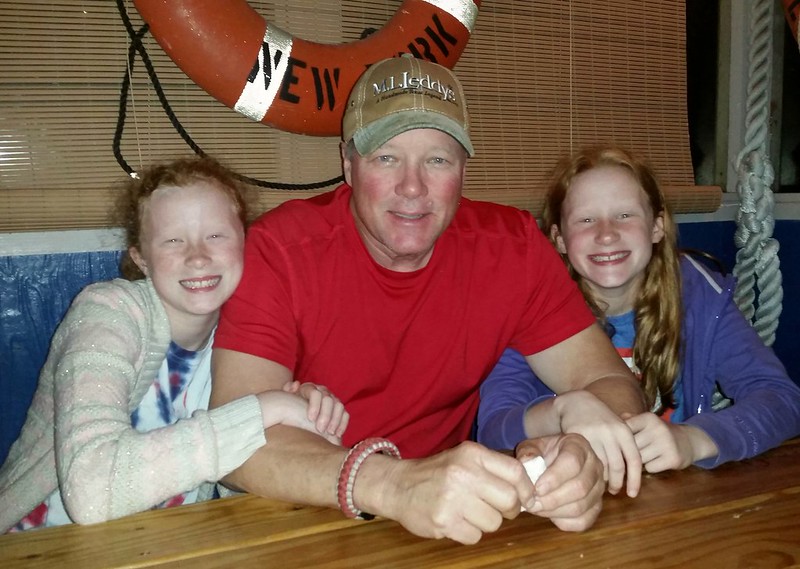 If we’re connected on Facebook, you probably have a pretty good idea why I haven’t posted in two months. The picture above sort of sums it up, taken in “recovery” about three and a half weeks post surgery. In the late night/early morning hours after my last blog post on November 24, my husband had a massive heart attack. He had gone home to Jacksonville that Monday to prep for our Thanksgiving holiday, so the girls and I were still in Tallahassee finishing up the school week. I’m incredibly grateful that he had the strength and the sense to call 911, as I understand most men in his situation don’t. He was sitting on the front porch when rescue arrived from Blount Island just a few moments later, and he told the EMT he thought he was having a heart attack. The EMT checked him out and said, “Sure enough, you’re having a heart attack. Better lock up your house.” He called me at 2:30am to tell me. His cardiologist called me at 4:30am to tell me it wouldn’t be a simple stent procedure. I woke up the girls at 5:30am and headed home. The following Monday he had a quintuple bypass.

Those next three weeks between Thanksgiving and Christmas are truly a blur. I was back and forth between Benny in the hospital and, finally, recovering at home in Jacksonville and our girls in school in Tallahassee. We are very thankful to have had so much help on both ends of I-10, friends taking care of my girls in Tallahassee while I was in Jacksonville with Benny and friends and family taking care of Benny in Jacksonville while I was in Tallahassee with the girls. I put nearly 3,500 miles on my car in three weeks. It was an incredibly difficult time, but we made it through. We’re back in Tallahassee now, Benny doing his cardiac rehab program, and praying for a full recovery. One day, I’ll summon up the courage to find a YouTube video of an open heart quintuple bypass. 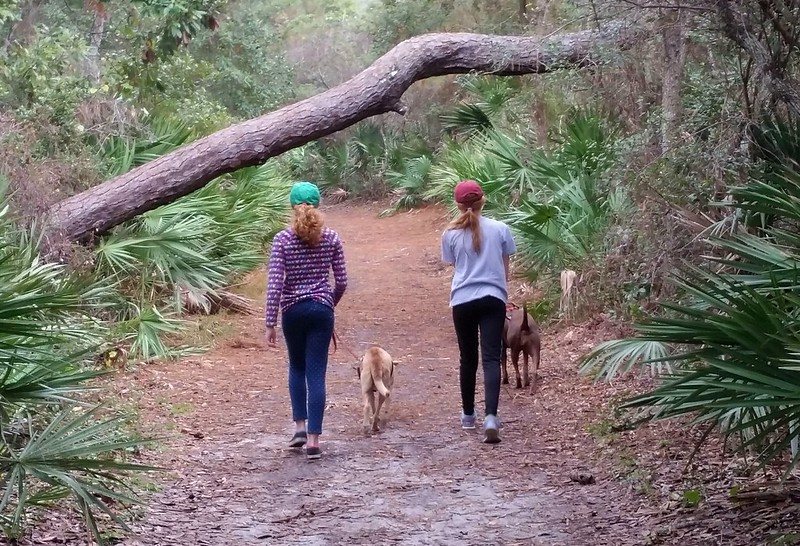 Somewhere in all that, the holidays came and went. We spent Thanksgiving and another 10 days in the hospital, and Christmas was quiet and restful, the girls and I taking the dogs on their annual Christmas morning trek to Black Rock Beach without Benny since he was far from ready for a trek like that. Somewhere in there, I also apparently had my 50th birthday, though we’ve decided that milestone really didn’t happen yet since we had to cancel the surprise party Benny had planned for me. My birthday was two days after his surgery. Thank you to Jim and Doug for dragging me to Barnaby’s for pizza and a beer when I got back to Tallahassee to be with the girls that week. And thank you to Sandi, who kept the girls that week and picked up a cake and balloons.

That’s how 2015 ended for us, but the whole year was a year of transition. With the start of my new job – a move I still haven’t quite comes to grips with a year later; adjusting to the professional challenges that job brought forth – not only learning a new role, but also missing so many pieces of my old role, most especially the students; and lastly, uprooting my family from our home in Jacksonville to a house in Tallahassee in August – and adjusting to a whole new way of life.

They say everything happens for a reason, so I keep reminding myself of the reasons I accepted my new role: our kids are in a much better school district, and I’ll have a much better retirement. The first is very important to me; I guess the second should be. It’s been a little over a year now, and I can’t honestly say that we’ve settled in. I’m not sure we ever will. Home will always be over there. Some may think that’s a draw that’s a little too enticing, perhaps keeping us from fully immersing ourselves in our lives in Tallahassee, but we’re standing pretty firm on that one. We seem to be in a neighborhood of temporariness. We’ve met others on our little street that are in a similar situation to ours: renting while they try out a new role for a year or three or five or six, and it seems half the homes on our street are rentals. 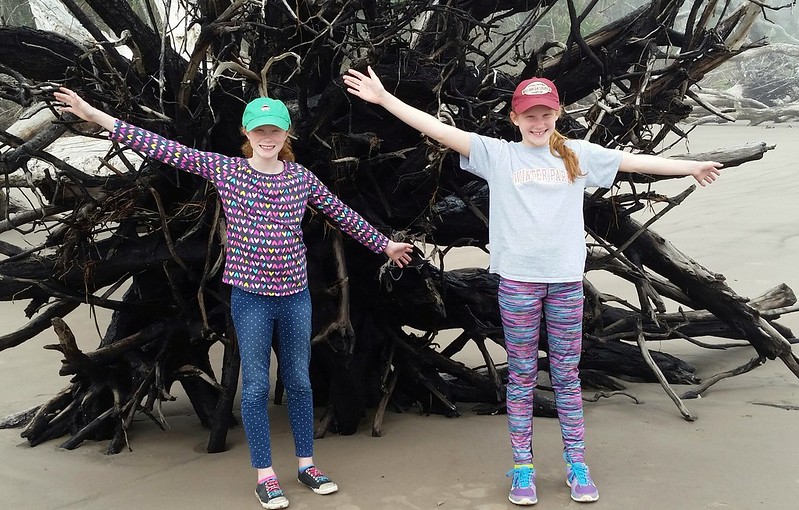 Someone very dear to me shared a confession recently that she’d lost herself over the past year; she didn’t recognize the girl she saw in the mirror. I love that girl dearly, and my heart hurt for her when I read it. But I know how she feels. I’ve felt that way often over this past year. Maybe not for the same reasons, as she and I are facing very different challenges, though we’ve both started new jobs. Over the past year, I feel like I’ve lost a lot of myself … walking away from a role I had served in for the past 20 years.  Though things were certainly about to be in an upheaval at my former employer, I still until the very day I walked out the door, tears in my eyes, loved my job. And that walking away extended not only to the career change, but also to my place in the world, that little 6’ x 12’ art studio downstairs, and very much to the ground under my feet and that river in the backyard. This girl, this apparently now 50-year-old girl, is still struggling with this new role she’s in and this new life she is living.

Walking through this house in Tallahassee still feels strange, yet here are Pete and Zoey sitting next to me as I write this. Driving to work down Thomasville Road instead of Heckscher Drive and I-95 South still feels strange, yet I still swing through McDonald’s for my morning tea fix. Not being on a campus filled with students feels more than strange – it’s down right lonely – and yet there’s a campus of nearly 40,000 students just a half mile from my office. Our girls seem to have settled into their new school well; that part’s a blessing. My husband is doing a darn good job of keeping a positive attitude in the middle of all this transition, even with a shiny new eight inch scar going down his chest, though he’s certainly ready to be fully recovered and fully healthy. Me? I guess I have good days and not so good days, like we all do. I’ve had a year in the job, but we as a family, have only had five months here.

My hope for 2016? I guess my biggest hope is that all this stops feeling so strange. And we all feel more settled. And we all make the time to do the things we love again. I’ll start with trying to check back in here with you more often, and hopefully have some art and photography and jewelry to share, because that will mean I've recaptured at least part of me, that part that's always making something. My baby sister turns 41 tomorrow, and that's got me feeling so much more like a grown up. As such, we often have to make decisions that, while they may not be our heart's desire, we hope and pray are in the best interest of our families in the long run.  That's where I find myself here now nearly one month into 2016.  Hoping and praying I'm doing what's best for my family.  And hoping that 2016 brings you all that you hope for, too.
at January 24, 2016

Oh Kelly you have always been quite an inspiration and role model... your post has helped me so much. It's like the perfect read at the right time.

You and your family have been through the wringer for sure! So glad your husband called 911! Blessings as you continue to transition and best wishes for a happy, healthy 2016!

Oh my goodness!!!!!! My heart just dropped when I read this post. first, I am so thankful your husband is alive. What a scary thing.
And, 50. Another milestone. And, a new job and a new home. THAT is a lot to take in. Hang in there. I feel for you... I am sorry you left a job you loved. I have been in my job for close to five years, and it still isn't 'home' to me. Yet, all the other parts of my life are very comforting right now. Hugs to you, my friend. xo

Thanks for the reply Kelly! I will check into my email:)

Kelly, thanks so much for sharing your story...your insights and wisdom are a testament to your strength. I am so glad that your husband made the decision to call 911 and thankful that there was a positive result. I will keep you and your family in my prayers.