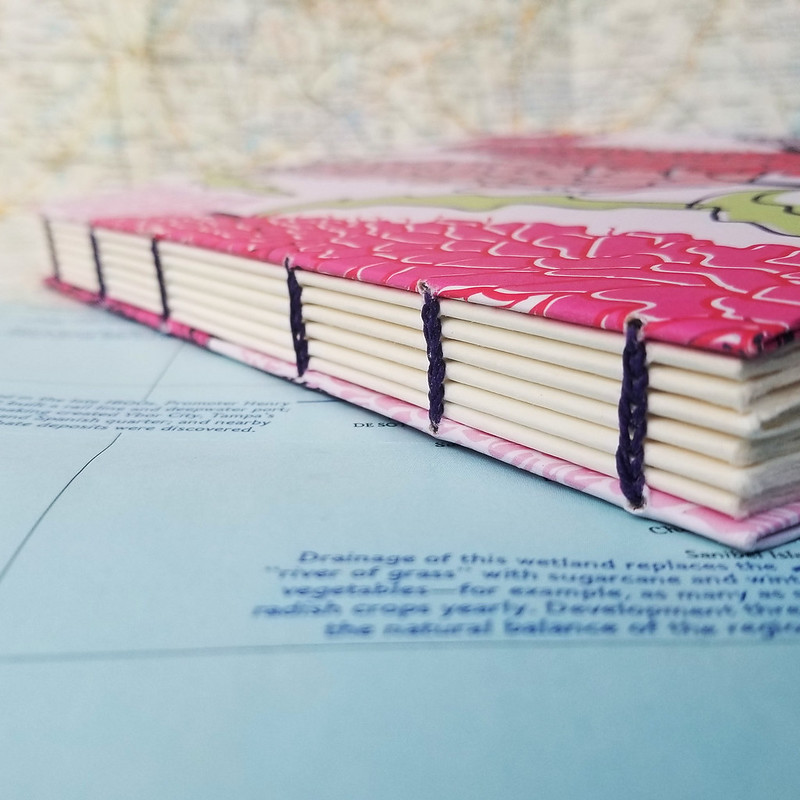 Funny story behind this journal I finished up yesterday regarding how my brain works. Comically, I have this theory that I can clean up my studio by finishing up projects. This never works. Why? Because my brain has a tendency to go down rabbit holes pretty quickly. I had been saving my Dove soap boxes to create some tiny journals like this one and decided I could use up some of the off cut paper on my table to make signatures for those tiny journals. I had several signatures all folded and ready to go when I remembered some graph paper I had that would be a nice addition to the signatures. I just knew that graph paper was in one of the cubbies over there under my laptop. Searching for that paper, I found the paper I used in this journal, but we aren't nearly there yet. 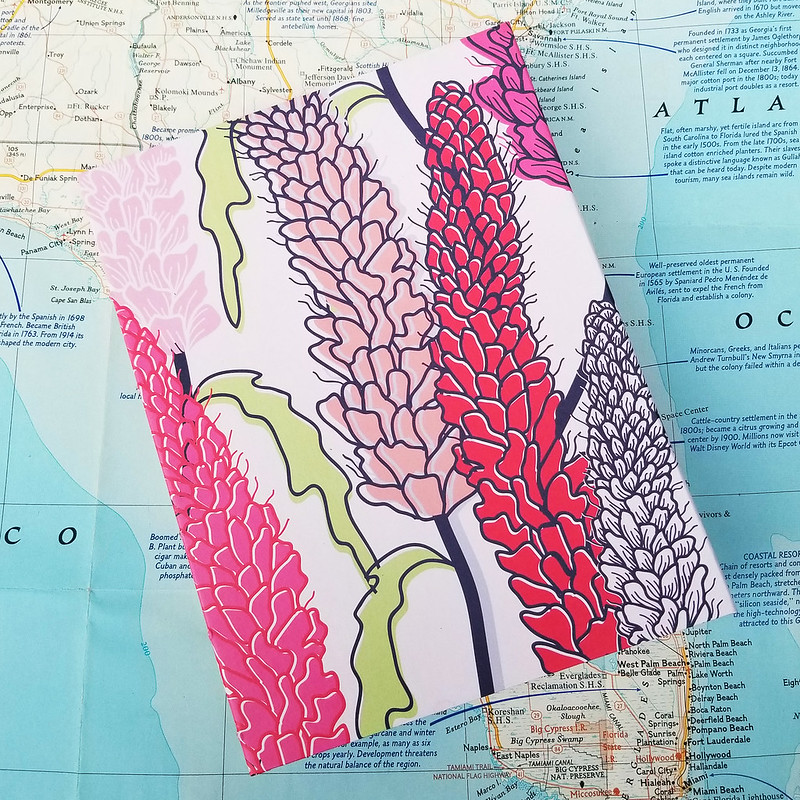 I came across this box of Fabriano Artistico folded cards that I'd had for years and had yet to use, so I pulled that box out and started folding a few sheets to see how it would work together for signatures. Beautifully!  I folded a few and then remembered that I had sat down on the floor actually looking for the graph paper for the tiny journals, so I sat that box down and set those few signatures aside and went back to looking for the graph paper. In one of the cubbies on the other side, I didn't find the graph paper, but I did find some books I had picked up from Goodwill that I thought would make good junk journals. But really, I'd had them for a while and they were in great shape and I did have a garage sale coming up, so maybe I should just put them in the garage sale ... so I proceeded to take all the pricing stickers off those and set them in a pile for the garage sale. Oh, right!  Graph paper, I was looking graph paper!  Oooh!!! Then I came back across the more than 100-year-old Bible I picked up at a neighborhood garage sale for $3. (Of course, I had to rescue it.) It was in pretty bad shape, but I figured I could clean it up and maybe even find its rightful owner.  Holding it in my hands again (graph paper, what graph paper?), I decided that at that moment, it was about dang time I did something with that Bible. So on a whim, I grabbed some scissors and trimmed down the cover where it had separated to just clean up the edges a bit thinking, hmmm, maybe I could fashion a new cover out of Kraft-tex.  I cleaned her all up and then started flipping through it again, and I came back across the memorial notice of one Paul Taylor who passed away at the age of 74 in 1954 in Deland. Tucked in with dear Paul's memorial notice, a family member had included some newspaper clippings and his obituary. Among other family members, Paul left behind daughter Helen Milliken of Tallahassee. Aha!  Perhaps that's how the Bible ended up in a garage sale in Tallahassee. 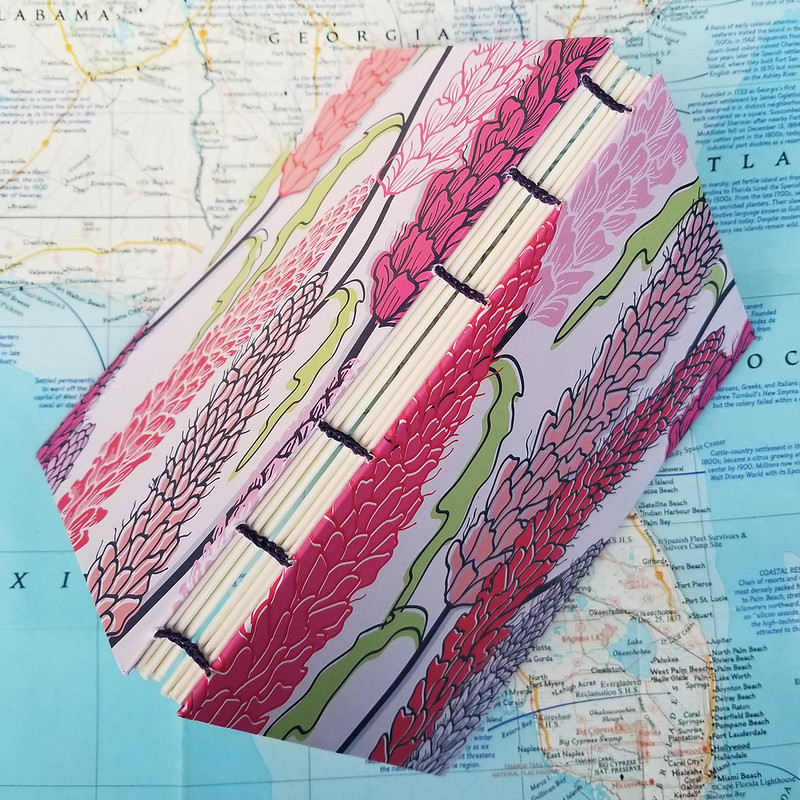 So off to Google I went to try to find Helen Milliken of Tallahassee. Of course, dear Paul was 74 when he died, so Helen was likely in her 50s then - in 1954 - so unless Guinness missed her as the oldest living human, she was no longer with us. But that did not stop me!  Maybe I could find dear Helen's obituary and find other members of her family still in Tallahassee. But alas, I could not find Helen Milliken of Tallahassee.  But hey!  Helen Milliken of Michigan, she's done some stuff!  She was the First Lady of Michigan Governor William Milliken and quite the political force in her own right! This Helen was the longest-lived First Lady in Michigan history, living to 99 years old and first lady for 14, and was a women's rights activist and environmentalist. During the 1970's, she was one of the leading proponents of the Equal Rights Amendment to the United States Constitution. The Equal Rights Amendment had been passed by the United States Congress in 1972 and was ratified by thirty-five states, including Michigan, in the next few years.. When the 1980 Republican National Convention, held in Detriot, removed language supporting the ERA from the convention platform, Helen, still First Lady of Michigan at the time, boycotted the convention's opening ceremony to attend a pro-ERA protest. You go, Helen! Thank you! (and thank you, Wikipedia, for that nugget.)

Well, since I could not find Helen Milliken of Tallahassee, I put the Bible back in its cubby for now. I had completely forgotten about the graph paper at this point, so I sat back on the floor and created more signature with that yummy Fabriano Artistico paper I found. And three days later, I finished this journal.  I still haven't found the graph paper, nor made any further progress on the tiny journals, nor cleaned up my studio. But I did finish this journal. I'll keep you posted on the Bible rehab!