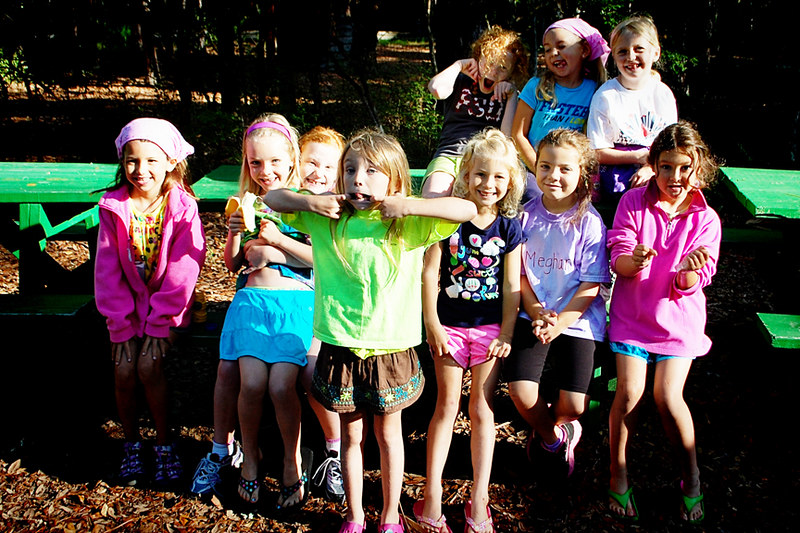 See that sweet group of girls? This was our end of the retreat shot at Mermaids and Mamas last year. Earlier this week I came to grips with the fact that I wasn't going to be able to see that shot this year. At least not like this.

On Tuesday, I had to make the heartbreaking decision to cancel Mermaids and Mamas Artful Adventure 2013, for now anyway. It was particularly heartbreaking since I had just spent the better part of five days promoting Mermaids and Mamas at One Spark.  The basics of the facts are insurance issues. I had to provide the college with liability insurance to rent the Outdoor Center, and I thought I had it all worked out nearly a month ago. I was working with the agent who holds my homeowner's policy (who shall remain somewhat nameless...cough...State Farm), and they told me in early April that everything was taken care of; I'd have the policy in my hand in about two weeks. Well two weeks came and went and no policy appeared in my mailbox. Monday they called with a few more questions. I answered those questions. Tuesday they called me to say they could not write the policy. "But we have found someone else who can do it for you!" Yeah, at about eight times the cost they had quoted me, and non-refundable. Needless to say, I'm researching new homeowner's insurance agents.

I called my former agent who retired about three years ago, an old family friend I knew I could count on for the best advice.  He gave me a few leads that might have worked, but there just wasn't enough time at this point. I had to commit to the rental, full paperwork ready to go, by May 3...just not enough time to get another policy written. I gave it a day to sink in, praying for a miracle, and then knowing I just had to let it go, contacted my Mamas who had already registered. But I also had a plan to salvage at least a little something. I knew they and their girls would be disappointed, as I knew mine would (I hadn't told them yet), so I decided to invite them all over to my house instead. We certainly don't have room for everyone to sleep over like we would have at the retreat center, but we could at least make a day of it...a back up Mermaids and Mamas at the main Mermaids and Mama's house. Though all the moms were disappointed, they were also incredibly supportive, and to my delight, said, "We'll see you on the 18th!"

Thank you, Mamas. You forever have my gratitude. Next year, I'll start on insurance paperwork in November.
at April 26, 2013

Email ThisBlogThis!Share to TwitterShare to FacebookShare to Pinterest
Labels: Living Life's Lessons, mermaids and mamas, Playdates of All Kinds

But how great that you won't let it all keep you from planning something fun!! Good luck!