Saying Goodbye to My Person 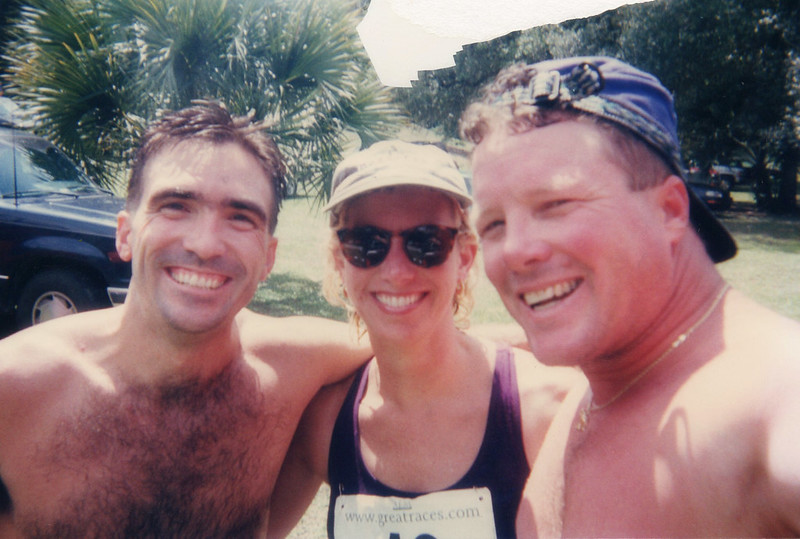 I lost my best friend, Jim Phillips, a little over a week ago. When I’ve been trying to wrap my head around Jim’s death and thinking about how I could possibly share how special he was to me, I kept thinking about the season finale of Grey’s Anatomy when Meredith was talking about her best friend Alex (I know, crazy, right?). Alex was Meredith’s “person.” Silly as that sounds in a moment like this, that really sums it up for me. Jim was my person. He was the one I could count on for absolutely anything. My husband Benny has always referred to him as my “other husband,” so here we are in this top photo … me and my husband and my “other husband.” 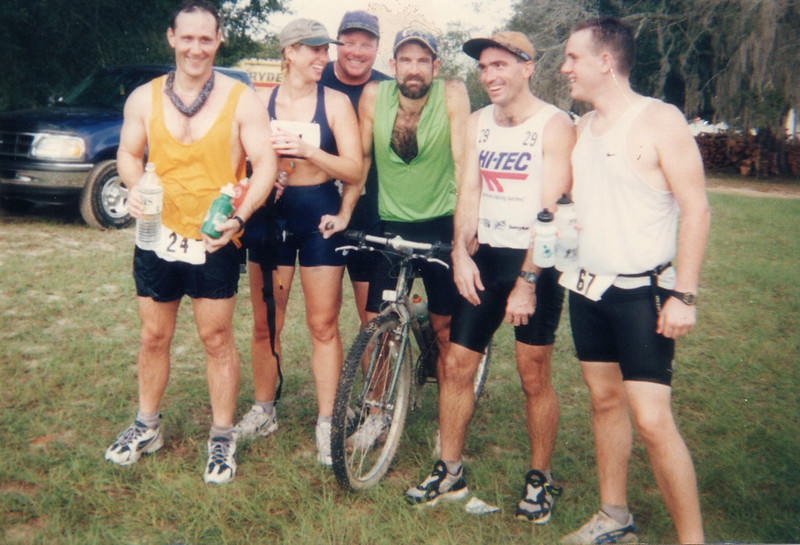 When I lost my mom over 20 years ago now, Jim was one of the first people Benny called because he knew I needed my person, and Jim was there the next morning. When my girls arrived seven weeks early by emergency c-section and spent a month in the NICU, Jim made a day trip over to see them while they were still in the NICU. He was my person and wanted to be one of the first people to meet my babies. He was the third, after only my husband and my dad. When Benny had his massive heart attack five years ago and I was driving back and forth between the girls in Tallahassee and Benny in Jacksonville, Jim was my person. The day I came back over to Tallahassee after Benny’s surgery to be with the girls, it was my birthday. When I pulled up to the house, Jim was waiting in the driveway and immediately put me back in the car to take me to Barnaby’s for pizza and a beer. Didn’t even let me change out of my grubby yoga pants, t-shirt and flip flops.
Through happy times and sad times, he's always been there. Late night poker games (which he always won because he was always changing the rules), super early morning meetings after late night poker games, trips with our students to New York, singing Smashmouth's All-Star at the top of our lungs with our students in the van on the way back from taking them bowling, trips with other advisors who were our best friends, losing our sweet Vee, who was like a mother to both of us ... my memories of him have been flooding through my mind non-stop like a highlight reel of our lives on fast forward. We’ve been the best of friends for more than 25 years, and I never imagined I’d be saying goodbye to him at only 55 years old. 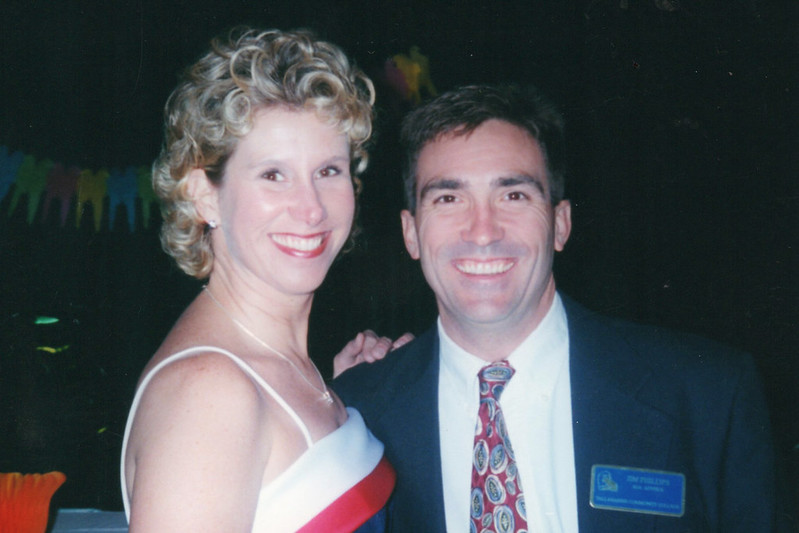 I last talked to Jim the day before we lost him. He called me that Thursday afternoon to tell me he was driving behind Livvie, who drives my 1999 Isuzu Trooper. Jim reminded me he’d know that Trooper anywhere because it has a dent in the roof from his butt, earned one night in the parking lot of the Doubletree Hotel in Tampa when he just had to rescue his parachuting Army Ranger guy off a wire it had gotten caught on. And we scheduled another lunch date; it was for this past Tuesday, the one lunch date he couldn't make. One of Jim’s greatest gifts was the ability to make everyone laugh, no matter the circumstances. He was the best friend, the best person, anyone could ever ask for. I am truly heartbroken for losing him …. and I am truly blessed for having had him in my life. At Jim's service this past Friday, one of his friends who eulogized him referred to the ripple theory of how dropping a pebble in the middle of a pond spreads ripples all the way out. He summed up Jim perfectly when he expanded that a bit. Jim was like a meteor going into the Gulf of Mexico. That was how big his ripple was. He always told me that anytime I nominated anyone for an award, they were guaranteed to win because I always wrote the best letters. These words can't possibly measure up to how special Jim was to me, to so many of us, but I hope he's reading them now and thinking I wrote another good one. Love you, Super Jim, my forever friend.
Please keep Jim's wife Vicky, kids Morgan and Mitchell, and all of us who loved him so dearly in your thoughts and prayers.
at November 01, 2020