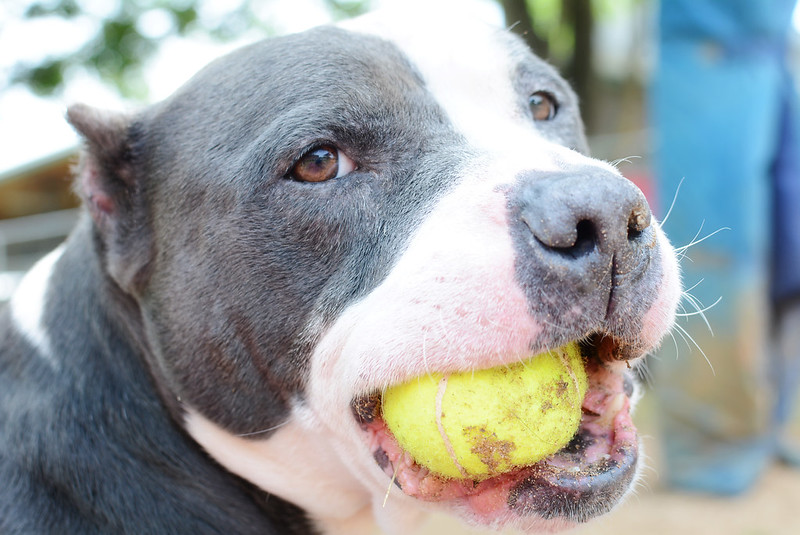 Okay, friends, yes, I often fall in love with the shelter dogs I photograph, but this fella ... this fella is truly something special. Pluto came into the shelter with his best pal Patches as an owner surrender when his human's landlord would no longer allow large dogs at the property. He had spent 10 years with the same owner, and now suddenly here he was at a large, noisy shelter.
When I first met him, he and Patches had just come in, and Pluto was listed as staff only. He needed a photo, so I asked the shelter manager if I could take him out. She looked at me for a minute thinking about it, and then said she thought he might come out with me. She said he was just a grumpy old man ... a big strong, grumpy old man.
Y'all, he was perfect with me! Clearly housetrained, the only time he pulled on his leash was when we were walking out to the play yard. As soon as his paws hit grass, he squatted. Had to go, man! Then he walked over to the other side of the yard for his #2, and once he was finished, he came trotting back over to me with this, "Okay, business done! I'm all yours now!" look on his sweet, severely cropped ears, adorable Pittie grin face, and we played and just hung out for a while and took some glamour shots. He was the perfect gentleman when I walked him back to his kennel. 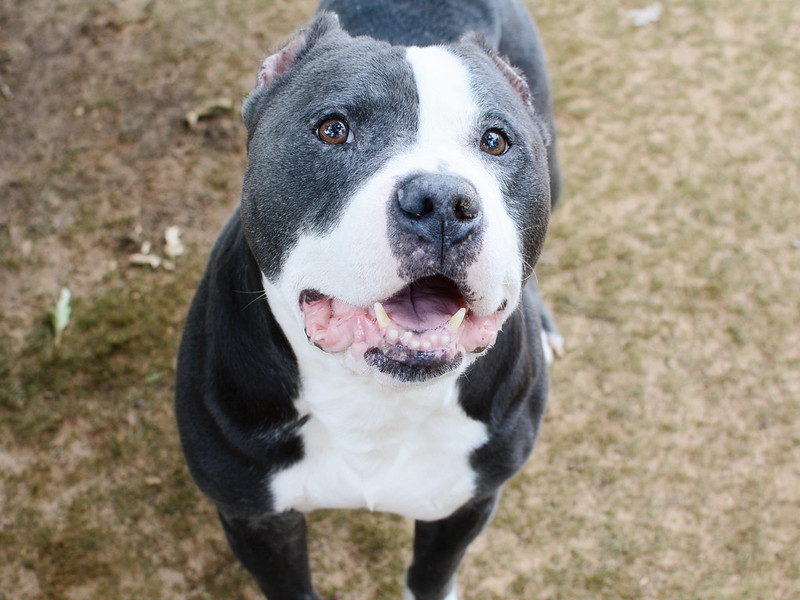 I spend time with him every week, and he's consistently just the best dog ever. He does love to fetch, but sort of in slow motion ... he is 10 years old and 70 pounds after all. And he thinks he's a lap dog. Some context for that first shot: I was sitting on the ground and gave him space to sit between my legs. But that wasn't good enough. He had to sit ON me, not next to me. Anytime I scooted back to give him a little more room, he just scooted that big ole Pittie butt right back with me and got back in my lap. He was sitting in my lap with me leaning as far back as I could to catch this shot. That photo is not cropped and I shoot at the shelter with a 35mm prime lens, so yes, he was RIGHT THERE in my face.
Pluto has lived with cats and other dogs (Patches). He's probably a little too big for a home with small children. He knows commands like come, sit and stay, and is a happy boy who is eager to please. He's just a super sweet boy who wants to get out of the shelter and go back to being the lap dog he believes he's meant to be. I've included a couple videos here too. Pluto is available for adoption through the City of Tallahassee Animal Service Center. Adoptions are still by appointment only so make an appointment to meet him today! Patches is equally lovely and is currently in a foster home. I post most of my shelter shots over on my shelter Instagram, so follow me there if you'd love to see more!
at April 26, 2021 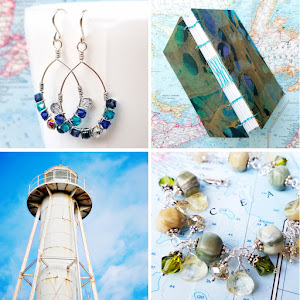